Pen-Sized Scanner is Your Very Own Spy Tool

If you’re a fan of James Bond movies or other flicks where spies have to sneak into someone’s office and take pictures of secret documents, you’ll love this new product from Hammacher Schlemmer. The gadget is called the Pen-Sized Scanner and it’s retro spy tech with a futuristic twist. 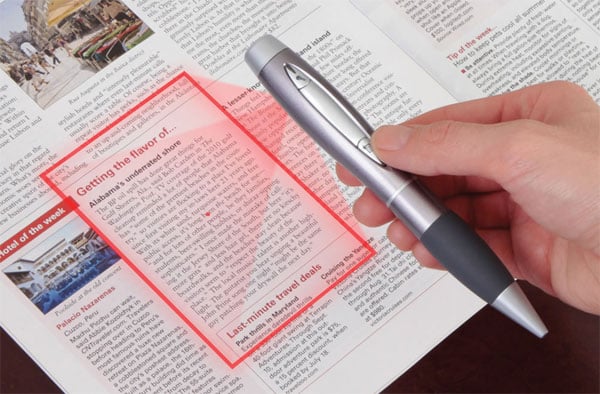 While it is actually a functional ballpoint pen, you can also use its integrated five-megapixel imaging sensor combined with an autofocus lens to snap close-up images of documents and other items whenever you want. The images are taken at a resolution of 2048 x 1536. When you press the shutter button down halfway, the pen camera even shoots a red laser outline around what it will be taking a picture of. That makes it easy to ensure that you are lining up the portion of the document you want to copy.

The camera pen has 1 GB of integrated storage allowing it to store up to 1000 pictures in JPEG format, though you can only capture about 300 images per battery charge. The pen also has a built-in microphone allowing you to record voice memos in WAV format. The Pen-Sized Scanner is available right now for $124.95(USD).