Considering I’m a huge fan of science fiction, first person shooters, and video games, on paper you would expect me to enjoy the Dead Space franchise. In reality, I’ve never been a big fan of the series. There are a lot of people out there who love the franchise though, and its third installment is set to launch very soon. Ahead of launch the developers are offering up a few interesting new details on the game. 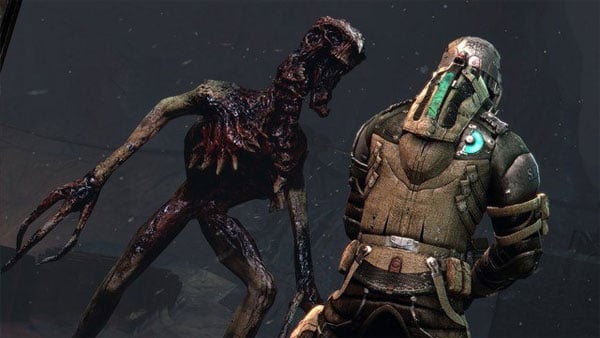 Dead Space 3 executive producer Steve Papoutsis has revealed that the game will have four additional difficulty modes that will only unlock after players beat the game one time. Two of these new modes will include Classic and Hardcore. Classic mode removes the new game’s crosshairs and resource management system to make it feel and play more like past games in the series. The Hardcore mode gives players only a single life for the entire campaign. Yikes.

Game+ mode lets you play through the game again with all of your weapons and arsenal that you finished the game with. DS3 will also feature an interesting Pure Survival mode where the players have to craft everything they use from ammo to health and weapons. In this mode there are no resources hidden around the map. That sounds like a cool challenge. Papoutsis also said that after launch the game would get new downloadable content. He wouldn’t give up any details of exactly what be in that DLC, but he said think “disturbing” to get an idea of what may be coming.