An engineer in Russia has decided that building humanoid robots has been done enough, so he decided to go and build his own two-legged ‘bots to take on Honda’s Asimo and other bipedal machines. Despite being built in Russia, what you’re looking at here is something I like to call “TurkeyBot.” 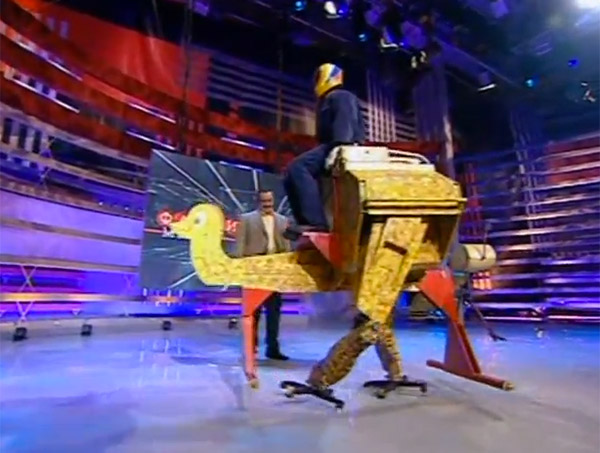 If I’m understanding the specs correctly, creator Konstantin Ivanov claims this 180kg (~396 lb.) birdbot can walk at speeds up to 5km/h (~3MPH) while carrying a passenger on its back. He also calls it the “Robot Ostrich of Jurassic Period,” so I was completely wrong about that turkey thing. I love how its feet look like the bases of office swivel chairs. Here, check it out in action:

As you noticed in the video, there’s also another birdbot which appears to be much skinnier, and capable of pulling a carriage. In fact, the skinny ostrichbot supposedly hits speeds up to 70km/h (~43mph)! If that’s really true, it could even outrun a cheetah (robot.) Though until I see the ostrichbot running at full speed, I’ll reserve judgment. Still, I wouldn’t want to run into these things in a dark alleyway.