Picture this: you’ve reached a level that you’ve never reached before and your handheld console is slowly running out of juice. You can’t save your game in the middle, since you can only do so when you reach the end of that level. Just as you’re about to hit save, your console dies and you scream out in agony…

Yeah, that totally happened to me. If you can relate, then you’ll agree what a good idea the Universal Gadget Wrist Charger is. 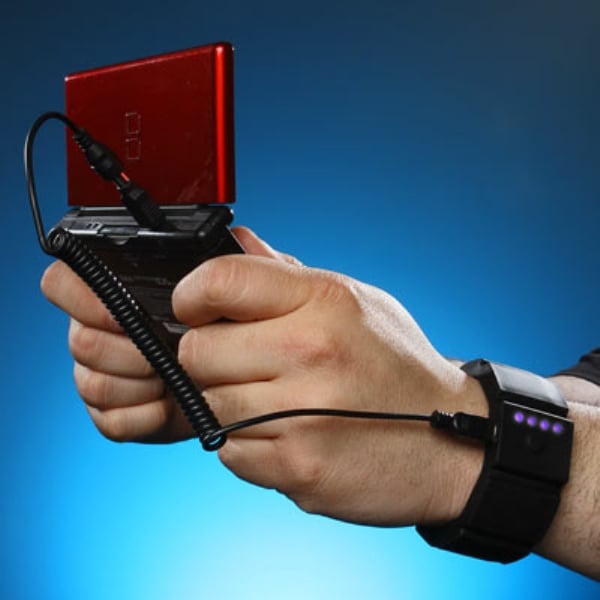 To the rational majority, it’s a silly device at best, geared to a silly audience – but for those who recognize the need for portable power, then it’s a godsend.

The Wrist Charger AKA Bracer of Battery Life +2 is a universal gadget charger that can provide some last-minute, emergency power to all sorts of mobile devices and gadgets -via a mini USB port (a variety of adapters are included for popular gadget makes and models.) The battery band itself can be recharged using your computer’s USB port, and has a 1500 mAh, 5.5V battery built in. 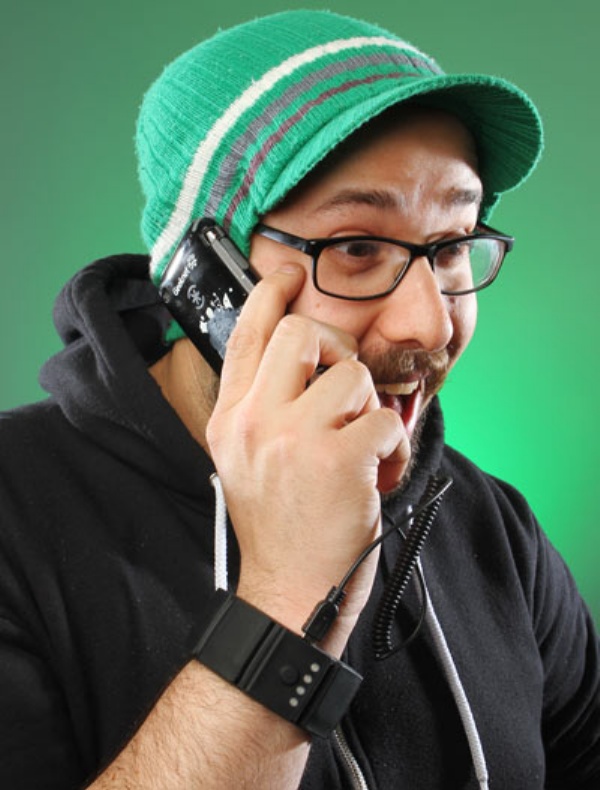 The Universal Gadget Wrist Charger is currently on sale at ThinkGeek for $39.99(USD). It normally sells for $45.