You have to wonder: if that girl who was wearing the itsy bitsy teeny weeny yellow polkadot bikini was afraid to come out in the open, how would she feel if she were wearing this bubble wrap bikini instead? 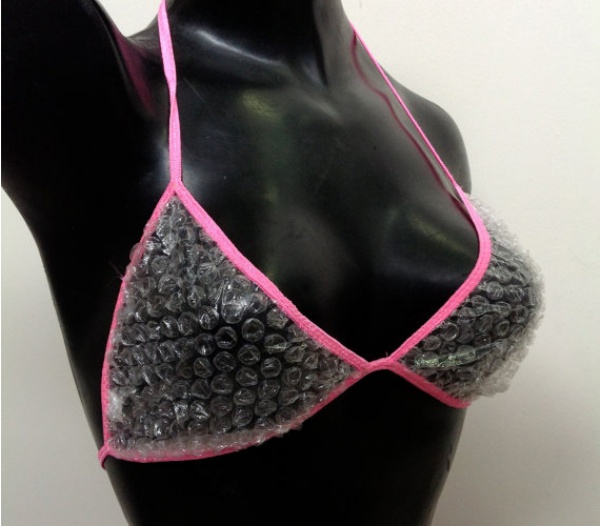 I know that there’s some sort of craze involving bubble wrap these days, but I never imagined that it would come to this. It’s not that it’s bad; it’s actually pretty cool in a very strange and offbeat way. It also kind of reminds me about that story about the emperor and his new clothes; while it’s definitely something to be awestruck about, it’ll leave the wearer exposed and out in the open, in the figurative and very literal sense.

As you can see, the bikini leaves nothing to the imagination. The bubbles on the bikini aren’t the only thing that’ll go pop when you wear it to the beach, that’s for sure. 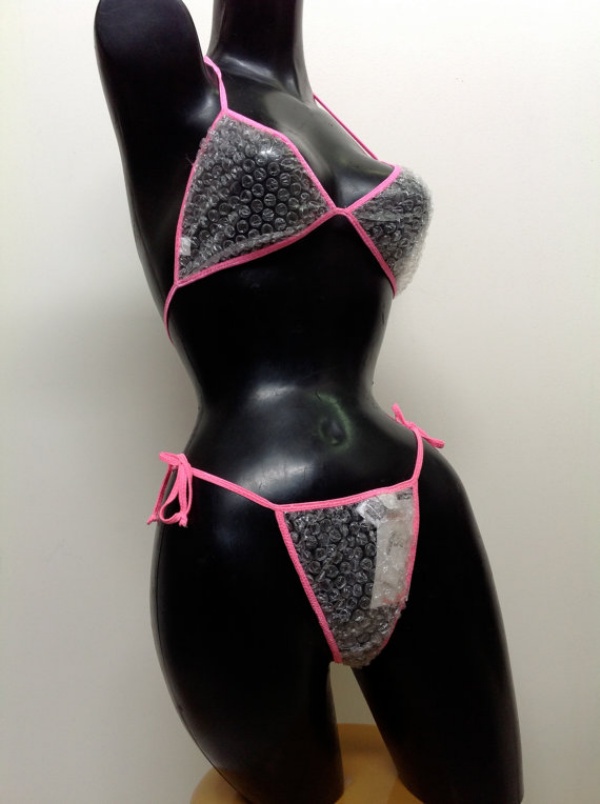 Apparently, this extremely daring bikini was an actual product from the early 1990s and was kept in storage (with minimal bubbles popped!) by Etsy seller BlackBettyVintage. The bubble wrap bikini is up for sale for $25 NZD (~$22 USD).

[via GizmoDiva via Incredible Things]