Iron Bounty Hunter: Is He Tony Fett or Boba Stark?

This Iron Man/Boba Fett sculpture is awesome. Matthew J. Hideousboi painted after seeing a Boba Fett helmet painted as Iron Man for the As You Wish Helmet Project, a charity event that raised funds for the Make-A-Wish Foundation, by getting artists to make their own custom Boba Fett and Clone Trooper helmets. Personally, I think that Matthew’s version is better. 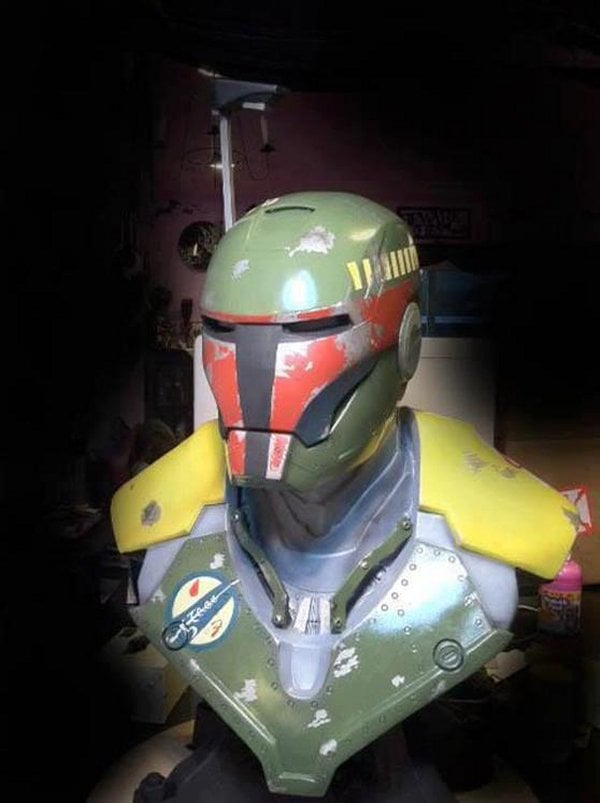 I would love to see this guy in a movie. Maybe now that Disney owns both Marvel and LucasFilm, we will someday.

[P.S. I had no idea the Stan Winston School of Character Arts even existed. If you dream about doing character design or special effects, you can become part of the whole process by subscribing to the school and getting step-by-step videos. Pretty soon you too will be making badass creatures and aliens for yourself.]