Even though nothing official has been announced by Sony, gamers all around the world are looking forward to the launch of the Sony PlayStation 4. The new game console has been rumored to launch sometime this year. Recently, Sony sent out invitations to a press event being held in New York City on February 20 at 6pm EST. Of course speculation has gamers all around the world excited that Sony could be unveiling the PS4 at the event. 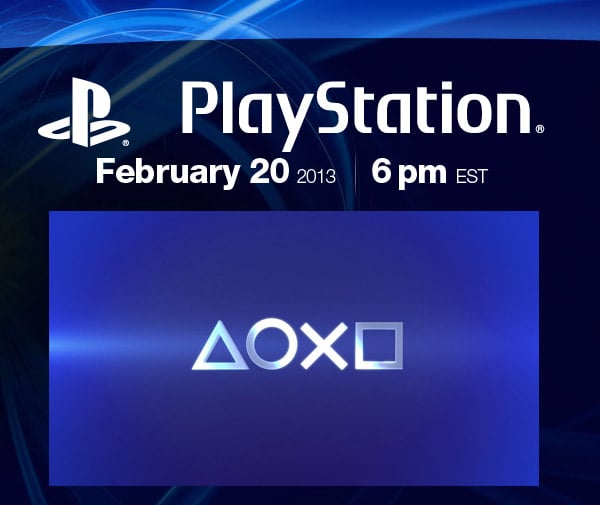 So far, the only details on what will be covered in the event Sony has offered is that “we will be talking about the PlayStation business.” Previous rumors attributed to vague unnamed sources have claimed that the PS4 would be unveiled this month and launch before Christmas 2013.

I hope the event is for the unveiling of the PlayStation 4, but I wouldn’t put it past Sony to invite a bunch people out for a mundane PlayStation realm announcement either. February 20 is only a couple weeks away, so at least we don’t have to wait that long to see what Sony has up its sleeve.