Lawn Dinosaur Gets Dressed for Every Season

Redditor Sarcasticonomist says that his family has a lawn dinosaur named Dug. They dress him up according to the season, and he even has his own Facebook page. I can only assume that the owners of the home are named Fred and Wilma. 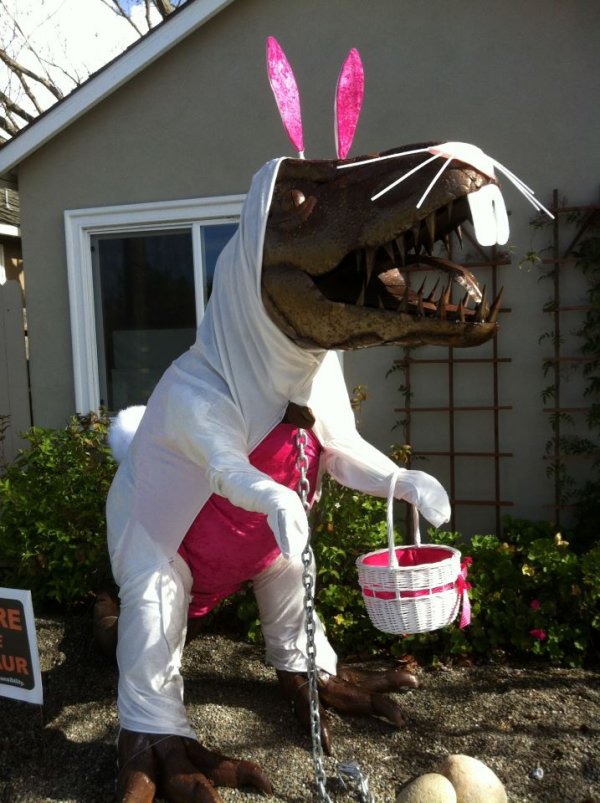 He says that the dinosaur was purchased from a place that sold such things, though I’m not sure what store sells large dinosaurs. Who does this? Well, somebody does. It certainly makes for a fun neighborhood attraction. I especially love this big guy dressed in a bunny suit for Easter. Here he is getting ready for the big game tonight: 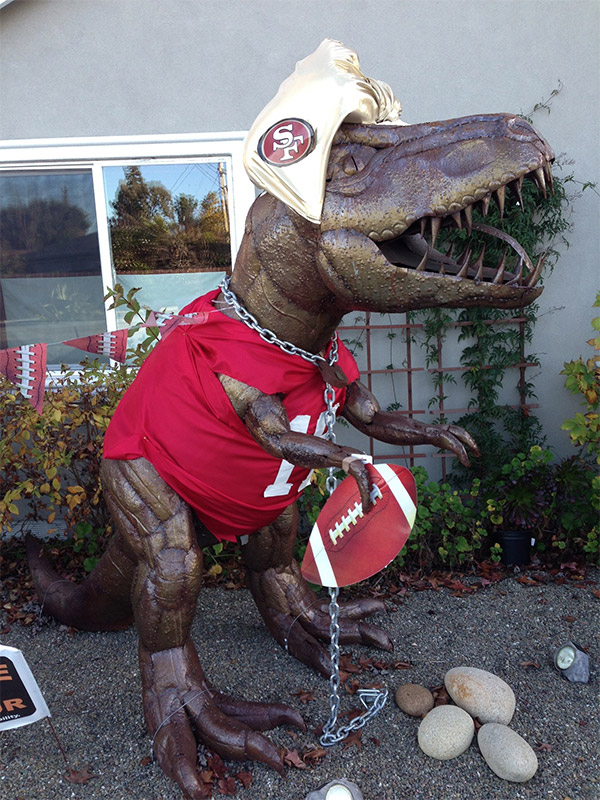 Guess he’s not a Ravens’ fan. Dinosaurs would be so pissed at us if they were still around to see this. The joke’s on them. We rule the Earth now! And no one can stop us. Well, except for those aliens that abduct us and will one day rule the world side by side with the robots. 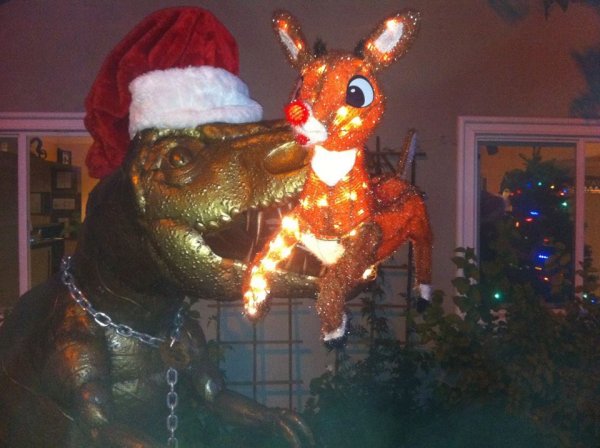