If you’ve been following Technabob for a while, you know I’ve always had a soft spot in my heart for Space Invaders, so when I saw that these guys were working on a chess set inspired by the classic arcade game, it put a big grin on my face. 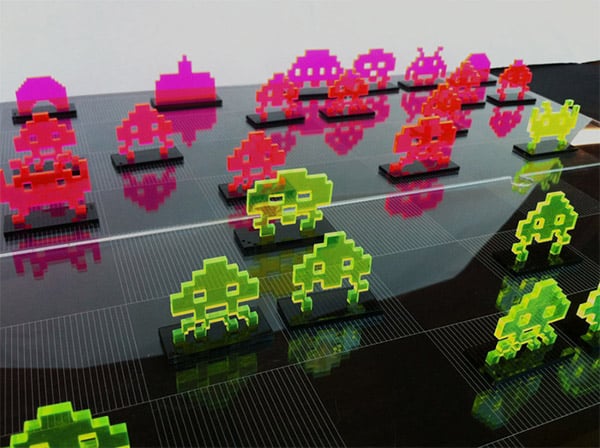 The guys at Michigan’s NMI Laser have finally put their schmancy Epilog industrial laser cutter to good use, creating an awesome version of the invaders, adapted to the chess board. The set comes with fluorescent acrylic invaders in green and pink, and a laser-etched black game board to go with. I love their selection of aliens for each of the different chess playing pieces – especially the laser base for the King and the spaceship for the Queen. 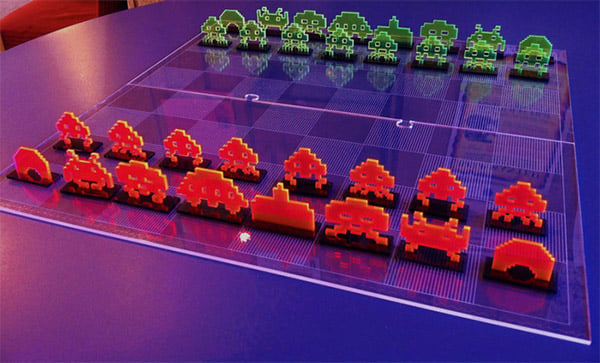 The complete Space Invaders Chess Set will set you back $65, including both the board and the 32 invader playing pieces. Keep in mind that this is a Kickstarter project, and they need to hit their goal of $5000 by February 28 in order to go into production by April.

They’re already almost half way there, so I know you guys can make it happen! All you need to do is just drop down, reverse direction and increase speed on over to Kickstarter now to pledge your support.