I’ve been hanging on to my original fat, shiny, backwards-compatible PlayStation 3 in anticipation of the eventual release of the PS4 – but I might just have to run out and buy this newly-announced bundle when it comes out anyhow. 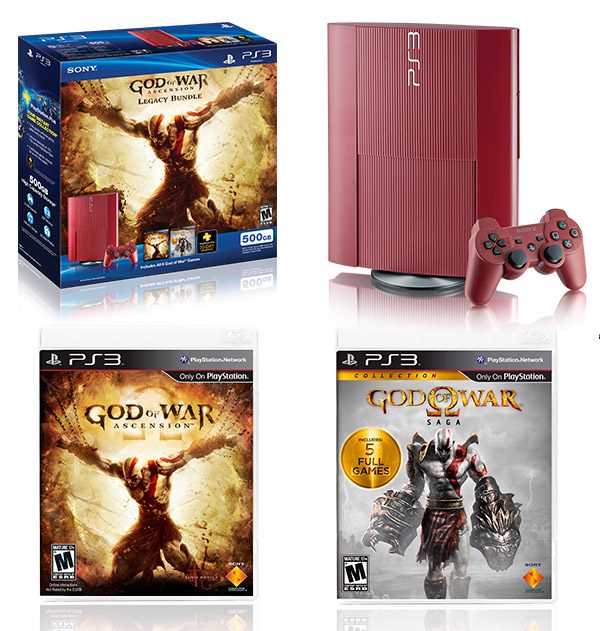 The God of War Ascension Legacy PS3 Bundle includes the new garnet red super-slim PS3 we mentioned a couple of weeks back, along with a large 500GB hard drive, and six God of War games. Heck, I didn’t even know there were six God of War games. Of course, Chains of Olympus and Ghost of Sparta were PSP games, so I’m not expecting them to look stellar on the PS3, but you will still get the classic God of War I through III and the shiny new God of War: Ascension, due out this March. 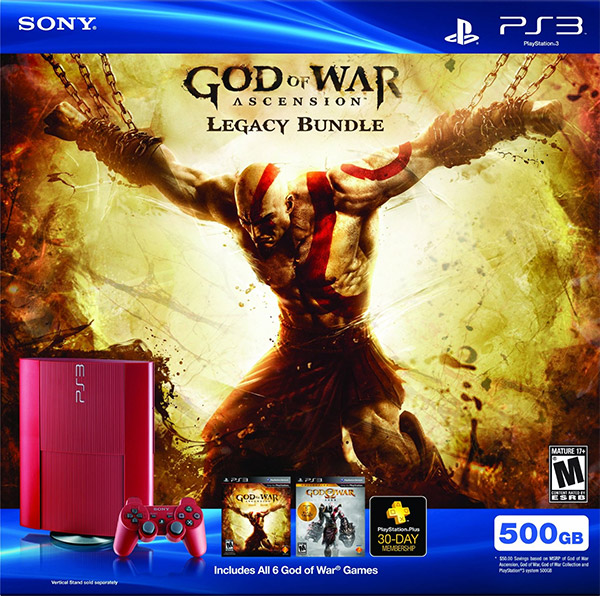 The entire bundle will sell for $349(USD), and you can pre-order it now over at the PlayStation website or on Amazon. Note that the vertical stand shown is not included. Cheap bastards.