Iron Man Arc Reactor Pocket Watch: If He Only Had a Heart

If Tony Stark had been born a century or two earlier,  he would have probably skipped the high-tech Arc Reactor and gone with something more like the Tin Woodsman had – a pocket watch heart. This is what that watch would look like. Yeah, basically a pocket watch that matches Iron Man’s armor. 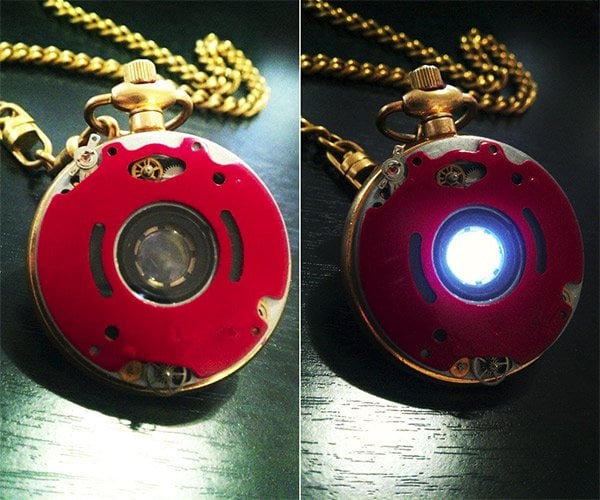 This Iron Man steampunk style pocket watch was made by Adi Simion and even though it may not be able to keep track of time, I know that I would buy one in a heartbeat.

It also reminds me that we need to take some of these superheros and throw them into the Victorian era. Those are the movies that I would like to see. Somebody get on that.