It didn’t take long for hackers to use the Kinect to create 3D models by scanning real world objects. Microsoft has also pitched in to the scene, but an upstart company from Austin, Texas could introduce the next step in affordable 3D modeling. They’re working on a portable 3D camera that can scan objects and show the resulting 3D model in real-time. 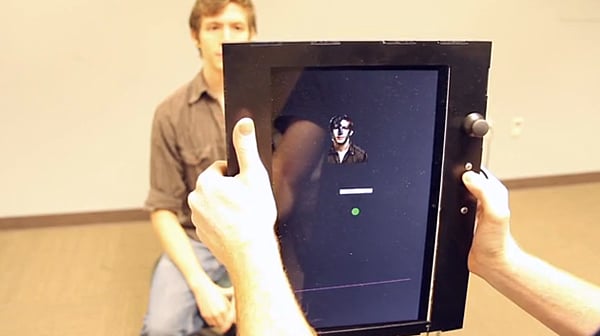 Lynx Laboratories believes that its Lynx A camera is vastly different from similar efforts because it packs significant power in a portable and affordable device. Those are relative terms of course – after all, the Lynx A measures 11.5″(H) x 8″(W) x 1″(H) and weighs 6 lbs. That’s because aside from its 3D sensor, the camera has a 14″ LCD, a 2.6GHz Intel Core i5 CPU, an unspecified “powerful” GPU, 500GB of storage, two USB 3.0 ports, an HDMI out, two joysticks and four buttons. It also has a battery that’s good for up to 4 hours. So what can this chunky point and shoot do? You can use it to scan physical objects or surfaces and also for motion capture.

As of this writing, you can reserve your own Lynx A camera by pledging at least $1,799(USD) on Kickstarter. I can’t wait for all this neat 3D tech to become mainstream.