We’re seeing more and more cameras that can take – or at least put together – 360º panoramic images. This prototype made by Ricoh is another example. It has two fisheye lenses that can each cover 180º. The camera will automatically combine the images from each half to create a full 360º image. 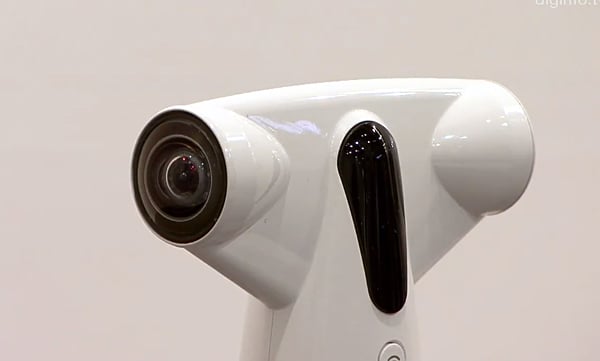 But the camera itself is just one part of Ricoh’s project. After it processes an image, the camera will upload it to a mobile device using Wi-Fi, so users can immediately view and play with the picture.