Senseless Drawing Bot 2: Even More Senseless Than Before

Graffiti can be cool, at least when its done with artful purpose. With robots all over the place, it was only a matter of time before someone tried to make a robot that drew graffiti. The original Senseless Drawing Bot was great, but this one is even better. If you need random artwork on your walls, you can even hire this robot. 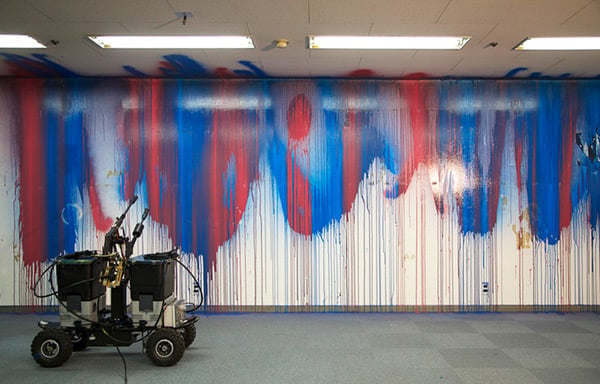 Japanese new media artists So Kanno and Takahiro Yamguchi are back with their second generation of their Senseless Drawing Bot. The initial one was created in 2011. The “artwork” it creates looks quite chaotic, but it can be pretty cool. 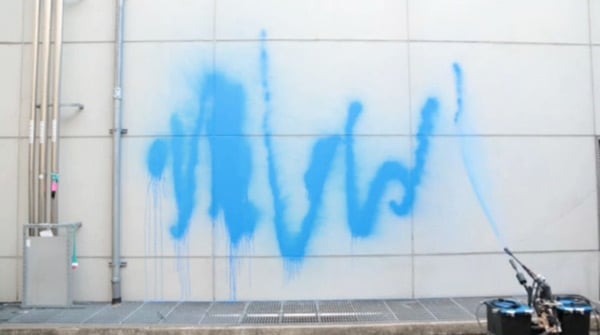 This self-propelling contraption sprays sporadic line work across a surface through the means of a double pendulum. A rotary encoder attached to the fulcrum of the pendulum allows the robot to change colors and designs. The swinging motion is intensified through inertia, which manifests itself in erratic paint strokes. 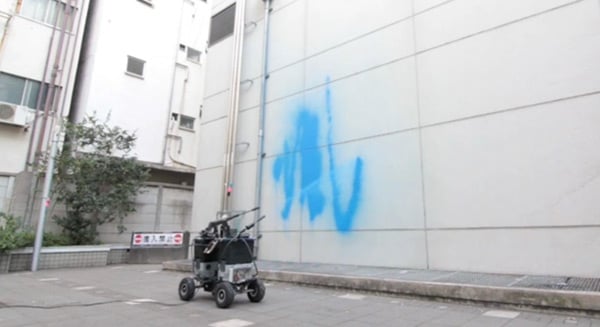 Once they can get this ‘bot up to speed, I’m sure that they’ll start popping up everywhere. And then they’ll have other robots who come along with sandblasters to clean up after them.