You know how the hero in the movie that you’re watching suddenly takes over the controls of the plane or helicopter, right before it crashes into the ground or something, and manages to fly it well because he or she played flight simulation games on the PC or on some other platform?

Well, don’t expect the same thing to happen to you with the newest “true-to-life” simulation game to hit the interwebs called Surgeon Simulator. 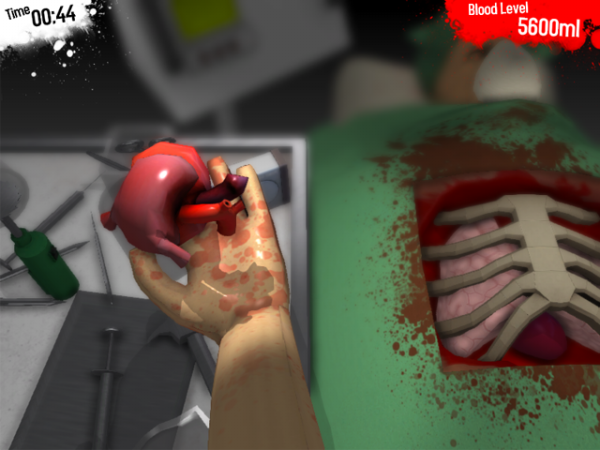 While you might be able to perform open heart surgery in the game (or not), I doubt you’ll find yourself being able to do the same thing in real life.

The video game was created by Bossa Studios for the 2013 Global Game Jam. You, the player, are supposed to control the hands of a not-so-skilled surgeon using your keyboard and mouse.

Despite the precision controls, so far, no one’s managed to complete the surgery successfully, but who knows? You might be the first one. Give it your best shot now.