28-Foot Long Fourth Doctor Who Scarf: Is It Long Enough?

Like many of you out there, my favorite Doctor Who is the fourth one, who was played by Tom Baker. He’s quintessentially the Doctor Who for me, because I used to watch him as a kid on PBS. One of the coolest features of Tom Baker’s incarnation was his impossibly long scarf. Alex decided to make one for himself – though at 28-feet, 1-inch-long, it is slightly exaggerated. 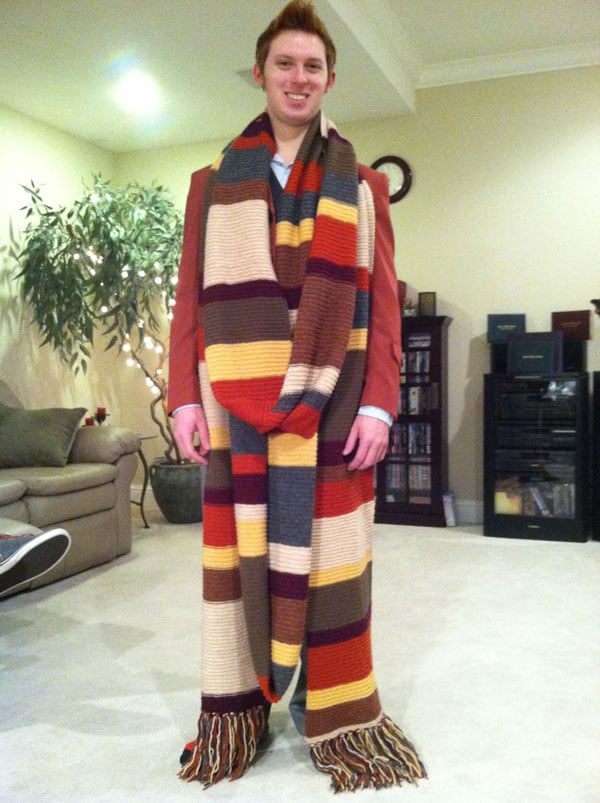 It’s somewhat cumbersome, but it’s the Fourth Doctor, so how can you go wrong? Oh, and that length doesn’t include tassels. At this size, I’m sure this scarf could double as coat, wrap or maybe even a TARDIS cozy. 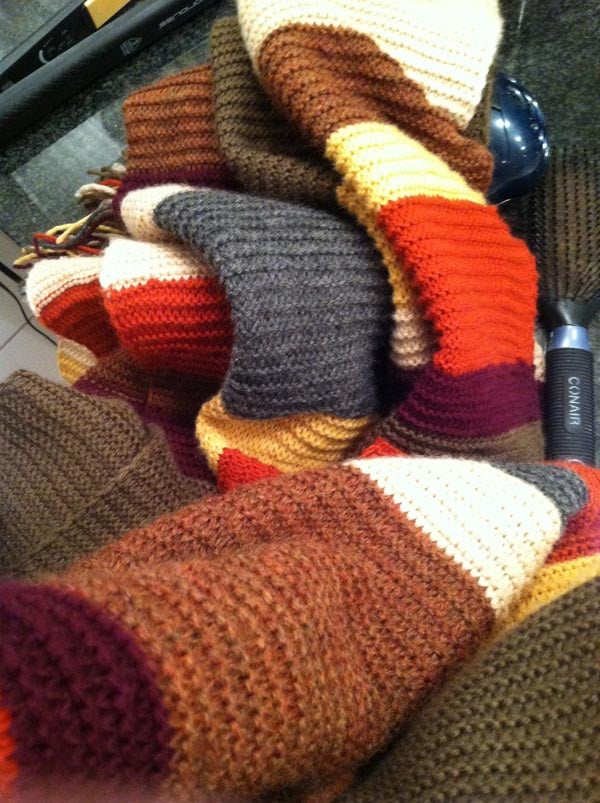 Alex needs to make more, and sell them because I’d get one for sure. I suppose you could also recruit your grandma or mother to knit you one.