Developer Mike Leslie is working on what he calls Project Rita, a device that “keeps track of all of the information that the user is personally interested in” and ultimately “present the user with the right information at the right time.” Mike is giving us a taste of this Jarvis-level wizardry with one of Rita’s components, an Android app that toggles lamps on or off in a bad-ass manner. 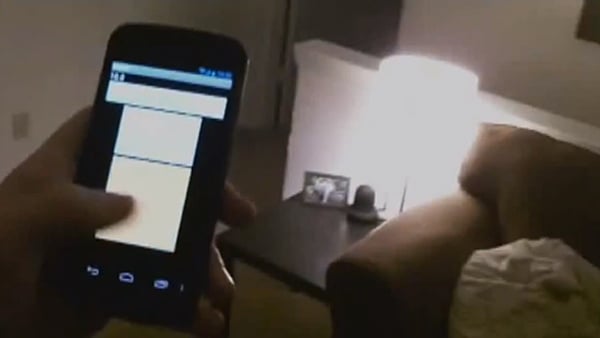 Mike calls the app the Universal Geospatial Light Switch. When he points his phone to one of his lamps, the app sends GPS and compass data from the phone to a script that “understands the layout of the room.” The script will then order the lamp to turn itself off or on using the good old X10 home automation standard. Now on to the fun part!

Imagine if you could do this with any appliance. Now that’s would be a true universal remote control.

[via Project Rita via Hack A Day]