Automee S: A Roomba for Touchscreens

At the 2013 Tokyo Gift Show, Takara Tomy unveiled a toy that’s at the cusp of being practical. The company calls it the Automee S, a tiny disk-shaped robot designed to clean the touchscreens on mobile devices. iRobot has nothing to worry about for now. 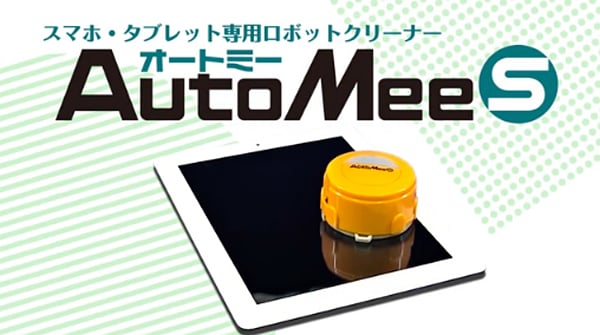 While the Roomba has brushes and a vacuum motor, the AutoMee S does its job using tiny cleaning pads. It also has sensors that detect edges and help it clean a screen evenly. According to Newlaunches, the Automee S can clean a tablet’s screen in about 8 minutes, which is depressingly long for a cleaning robot, but is just an endearing affectation for a toy. Here’s a short video about the Automee S uploaded by Robots Dreams:

[via Newlaunches via The Verge]