I mentioned yesterday that rumors were swirling about what Star Wars character the first of the standalone feature films from Disney would focus on. Early rumors said Yoda would be the subject of one of the films. The characters of the films will cover have now been confirmed, and Yoda isn’t the subject – at least not of the first two films. 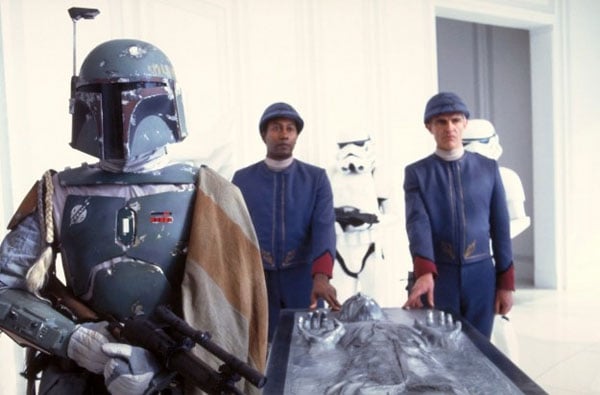 The two initial standalone films will reportedly focus on Han Solo and Boba Fett separately. Those are two of my favorite characters from the franchise while Yoda is one of my least favorite so this is very good news for me. A lot of details on the films remain unannounced. The Han Solo film is rumored to take place between two existing movies in the franchise.

The Han Solo film would reportedly take place between the Revenge of the Sith and A New Hope movies. The Boba Fett film is rumored to take place either between A New Hope and The Empire Strikes Back or between Empire and Return of the Jedi. Either time period would allow for the return of fan favorite characters including Darth Vader and Jabba the Hutt.

I wonder how the part of Han Solo will be cast since Harrison Ford is clearly too old to play a young Han. I’m guessing they won’t go with Sean Patrick Flannery again.