Cat Replaces Iron: I Can Has Monopoly

Growing up I played plenty of Monopoly with my friends. Typically, a game started out the same way no matter who I played with, which is to say a fight over who got to be the racecar. No one wanted to be the hat, the shoe, or the incredibly lame iron.

The people at Hasbro recently held a vote to determine which of the existing Monopoly pieces would be booted from the game. While the voting was close – with the shoe and wheelbarrow in the running to be ejected from the game, the useless iron was the piece ultimately voted off Atlantic City.

The piece that will replace the iron in the set is a small cat. 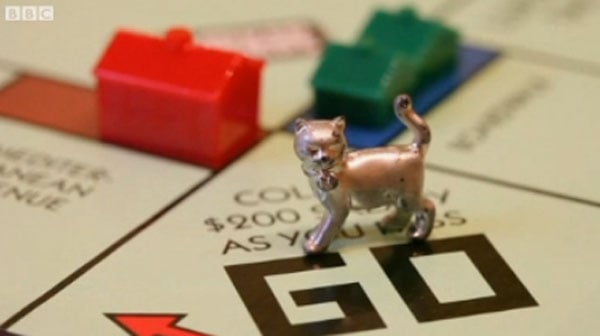 The cat will be a good complement to the Scottie dog that is currently used as one of the pieces in the game. It was voted most popular during the online competition, and won out against a helicopter, diamond ring, guitar and a robot (which would have been cool.) 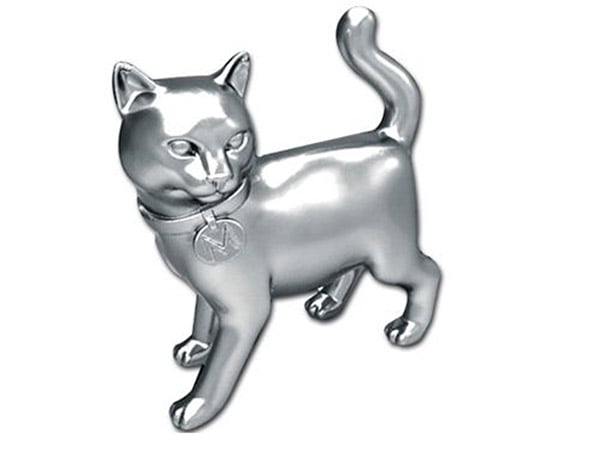 The iron isn’t the first Monopoly piece to be removed from the game. In the 50s a lantern, a purse, and a rocking horse were removed. New versions of Monopoly with the cat will be available later this year.