Raspberry Pi Developer Board Gets a $25 Camera Module

If you’re the sort of tinkerer that enjoys making projects using devices like the Raspberry Pi, a new hardware product has been announced. Raspberry Pi has announced the availability of a new digital camera module for the low-cost computer-on-a-board. The Raspberry Pi Foundation is mum on the technical hardware details for the camera module. 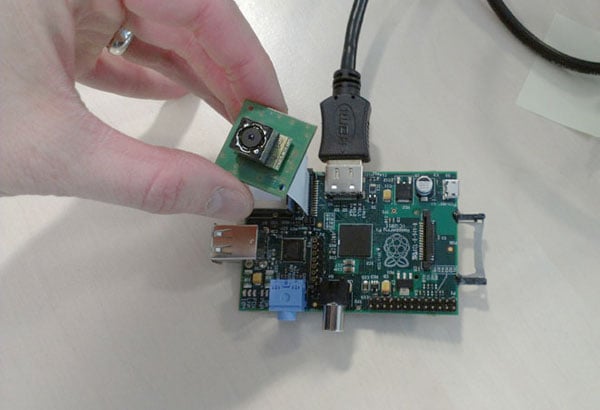 The sensor used in the digital camera module is rumored to be five-megapixels, but that is unconfirmed. The module can record HD resolution video and the foundation expects users will take advantage of the camera module for robotics, home automation, and perhaps aerial applications. At only $25, the camera sensor won’t break the bank, and may be usable in projects where the sensor is at risk of damage where users might not consider a more expensive option. That said, the camera is still nearly as expensive as the $35 computer itself.

It’s unclear exactly when the camera module will launch. Currently developers are working on drivers and hardware interface for the camera module with the Raspberry Pi developer board. “The picture quality is ‘pretty good’ at the moment, but we’re hoping to get it to ‘bleedin’ marvelous’ before we release the hardware,” the foundation said.