With the upcoming Star Trek: Into Darkness ready to storm into theaters this May, we’re getting ready for whatever sort of merchandising may come along with the flick. One of the first items to pop onto our radar screen is this awesome looking model of the Starship Enterprise. 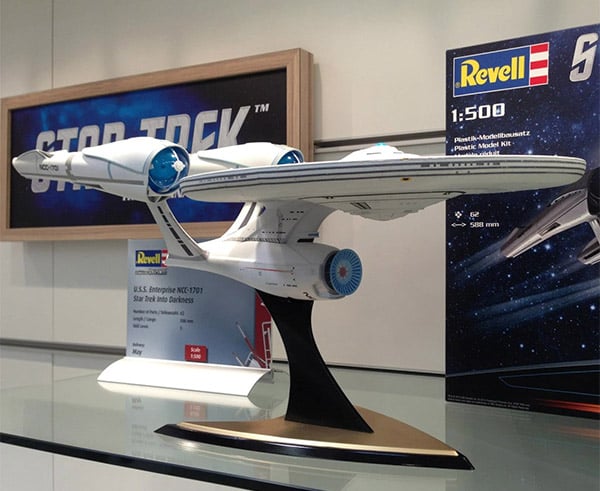 This 1:500 Revell scale model (#04882) is based on the latest U.S.S. Enterprise (aka the JJPrise) presumably before its smashed into the ocean as shown in the ominous trailer. 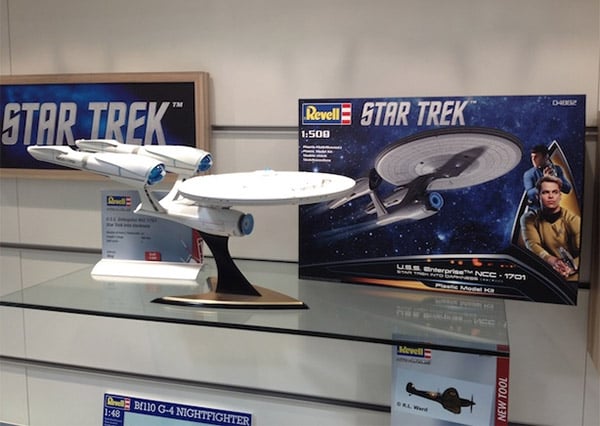 The model was shown off in Revell’s booth at the recent Nuremberg Toy Fair, and is due for release in May, at the same time that the movie hits theaters. The expected retail price is €34.99 (~$47 USD), which is way cheaper than the only other model I know of the new Enterprise. 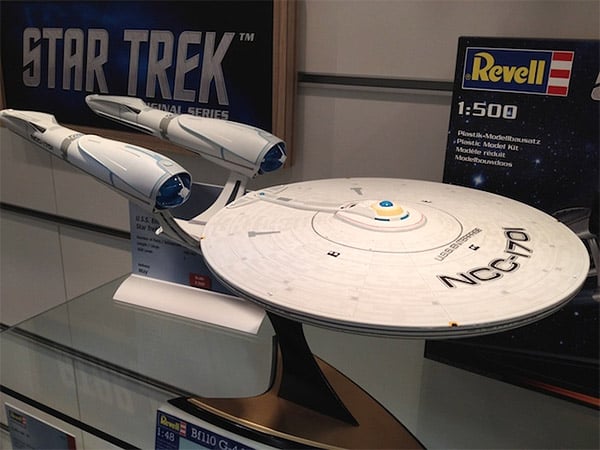 [via HobbyMedia and The Trek Collective]