Scottish Hospital is a Robot Shop of Horrors

There’s nothing new about robots helping doctors learn their craft, but normally they are satisfied with just a CPR robot or just a robot that simulates a heart attack. However, the Forth Valley Royal Hospital’s high-tech Scottish Clinical Simulation Centre is like a robot house of horrors. 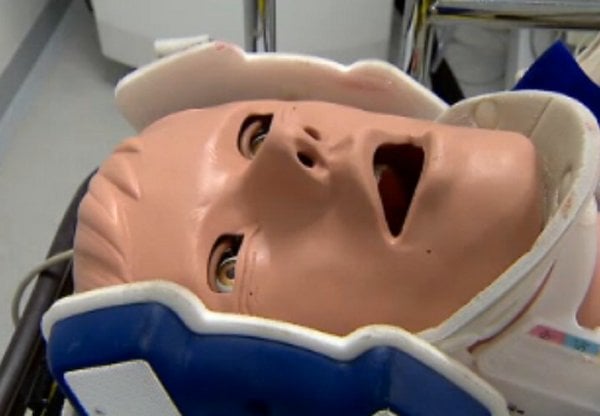 It is there that trainee doctors and nurses in Scotland are perfecting their skills on robot patients. There are robots that breathe, speak and have heartbeats – and robots whose eyes dilate when a doctor shines a light in it. The robots are operated by computers and respond to the treatment in various ways. 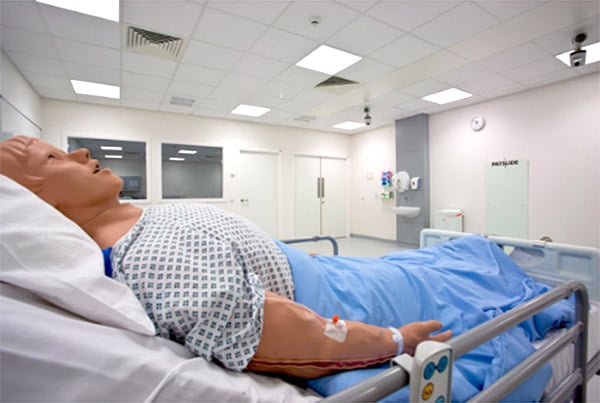 That’s all well and good, but have a look at the video and be creeped out by how many of these freaky robots are just laying around on tables like the undead. Skip to about 40 seconds for stuff you’ll see behind your eyelids tonight in bed tonight.

And if the training robots aren’t enough, they have tons of robots working behind the scenes in the facility too. They patrol the corridors, sort the mail and take care of drug orders. These people need to evacuate that building now!