Swedish Concept Hotel Lets You Sleep Like the Homeless Do

Would you pay a hotel so they’ll set you up with non-accommodations so you can sleep like a homeless person? It sounds far out, but that’s what Faktum Hotels, a Swedish concept hotel, is currently offering to interested patrons. 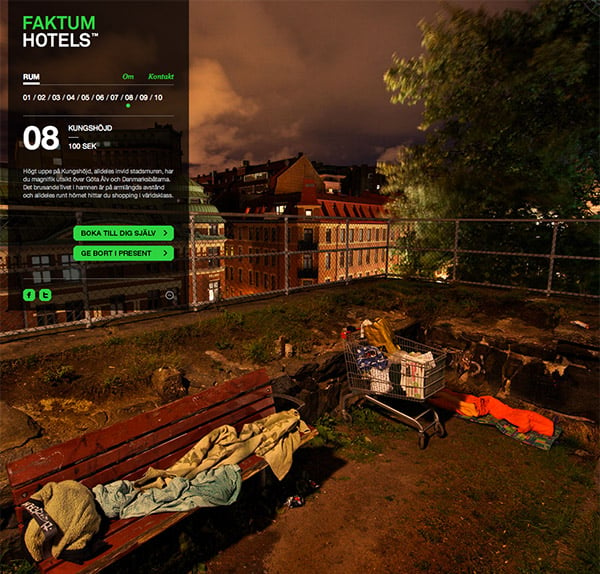 For just €10 a night (that’s about $14), you can book yourself a homeless night in ten extraordinary locations, like under a bridge, in an abandoned factory, or on a public bench. Doesn’t sound very appealing, does it? You can book a “room” for yourself or give someone the gift of homelessness. Of course, you’re not obligated to ‘stay’ in your room once you book it. 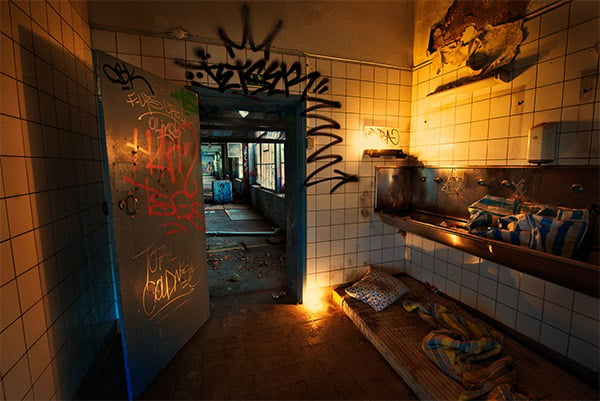 Behind the initiative is Swedish social activist magazine Faktum, which is trying to raise awareness for the 3,400 or so homeless people in Gothenburg. 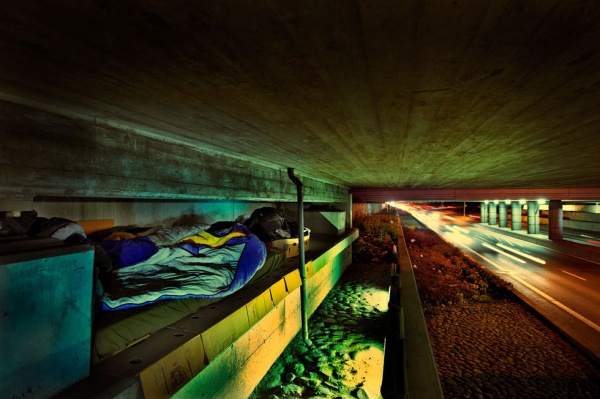 All proceeds from Faktum hotels will go towards supporting Faktum’s charity work – which include helping those who are actually homeless.