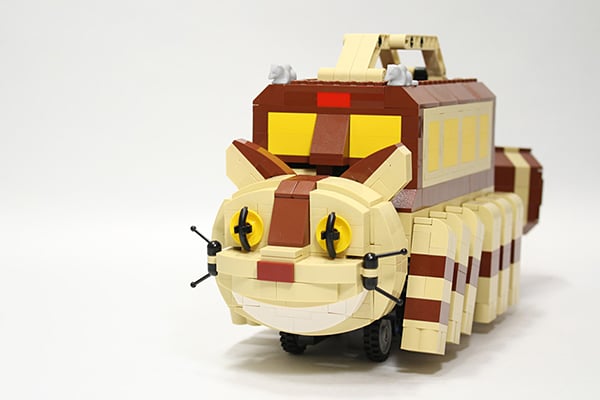 The LEGO Catbus was made by Tomoyuki Wakata. He wanted to make a version of the Catbus that kids could interact with, so he ended up adding two things that the cartoon Catbus didn’t have: wheels and a handle. The idea is for kids to hold Catbus by Its handle then move him back and forth. Upon doing so, they get a reward: its head, legs and chubby tail move!

Man, people will always find awesome ways to put LEGO together. I wonder where those whiskers and eyes are originally from.

[Tomoyuki Wakata via Daily of the Day]