Many scientists have theorized that the reason the Hindenburg went down in flames was because of the combination of flammable hydrogen gas and paints on the surface of the blimp’s skin. Well you won’t have to worry about either of those with this little R/C toy that’s designed to look like an airship. 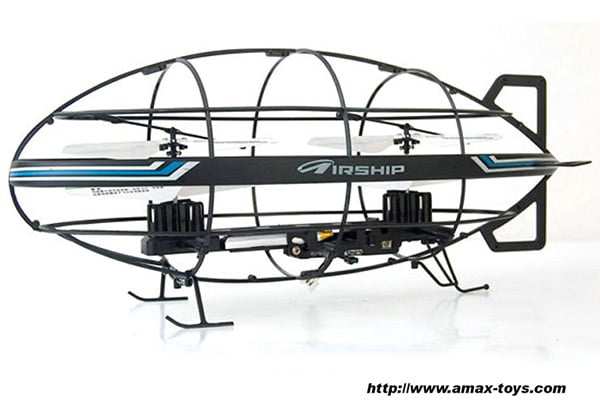 Created by China’s AMAX Toys, the Airship is a remote-controlled flyer that uses a pair of horizontal propellers to lift it into the air. Of course, the only reason this design works is that the Airship itself has no skin. Instead, you see the skeleton of the dirigible – and that’s pretty cool. 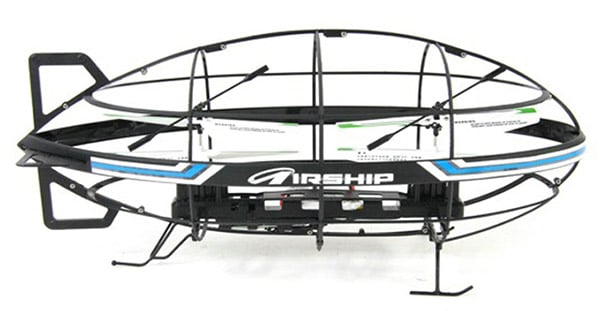 The Airship measures about 11-inches-long, and can fly for about 5 to 6 minutes on a 60 minute charge. I comes with a 3-channel infrared remote – which limits running distance to about 30 feet, and has gyroscopes to help keep it balanced while flying. 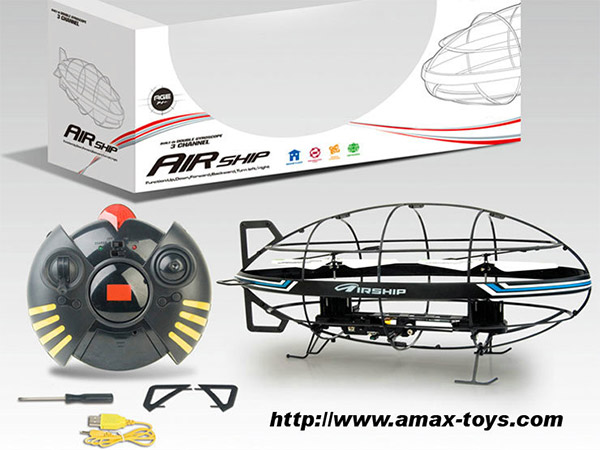 The Airship is available in wholesale quantities from AMAX Toys, but they’re not selling them retail at this point.