Geeky coffee drinkers can now construct their own mug thanks to a cool new coffee cup from ThinkGeek, called the Build-on Brick Mug. The coffee cup has all the little bumps and holes you need to attach building blocks from LEGO and other manufacturers to the outside. 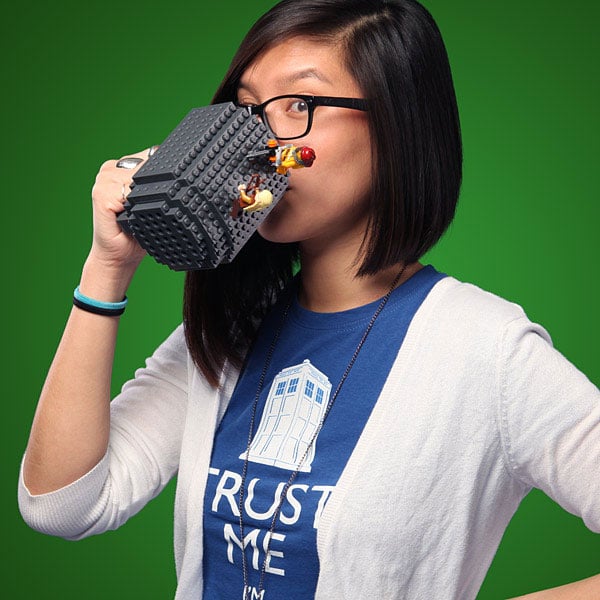 While it’s not officially-licensed by any building block manufacturers, the 12 ounce mug is compatible with LEGO, PixelBlocks, MegaBlocks, KRE-O, and K’Nex Bricks. Keep in mind that it doesn’t ship with any blocks, you have to provide your own. But you’re reading Technabob, so you must have at least a few bricks kicking around the house, right? 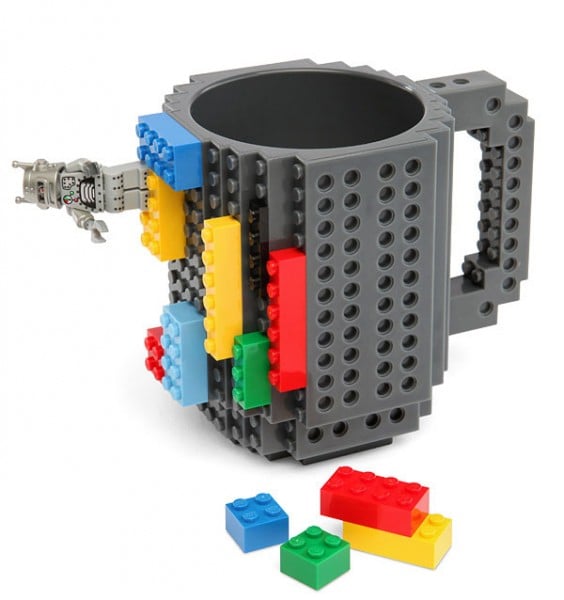 It’s made from sturdy BPA-free plastic, which can hold up to the heat of a cup of coffee or tea, but it isn’t advised to put it in the microwave or dishwasher – unless you’re in the market for a blob of melted plastic. You can buy the Build-on Brick mug now for $19.99(USD) over at ThinkGeek. 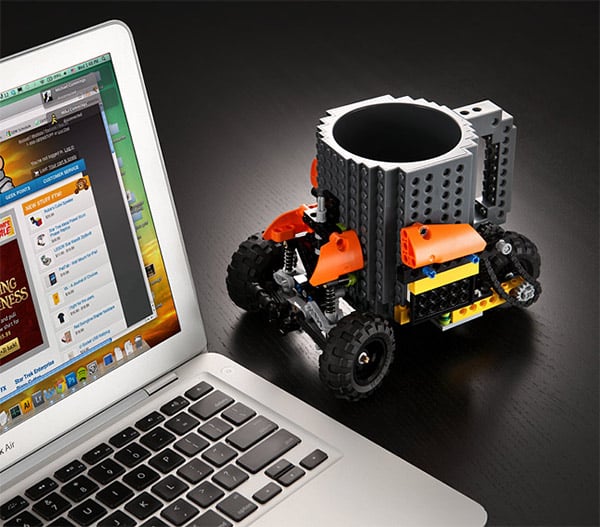