Here’s an alarm clock that just might make you wake up early just so you can listen to its alarm. Made by Stage One Technology, the Launch alarm clock is modeled after the company’s rally start lights. To complete the theme, the clock emits the sound of a rally car priming its engine. It doesn’t smell like dirt and grass though. 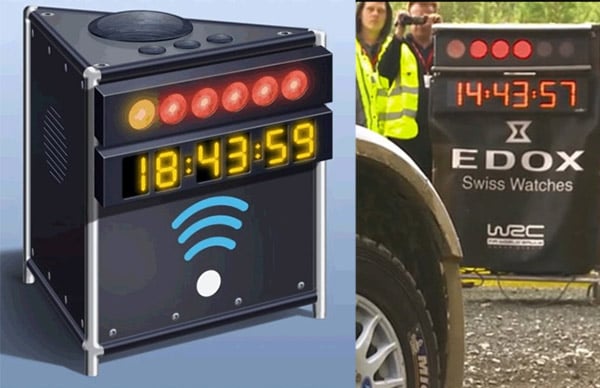 Like a typical rally clock, the Launch has six lights that turn on one by one, starting at 30 seconds before the alarm time. At that point the clock will also emit a rally car’s crunchy engine rumble. Aside from the visual and aural likeness, Stage One Technology claims that you’ll be able to set an alarm down to the milliseconds.

You liked that didn’t you? Here’s another video of the prototype in action:

So hoon on over to Kickstarter and pledge at least £119 (~$187 USD) to reserve your own Launch alarm clock now.