One of the cooler toys to rear its head at the 2013 New York Toy Fair was this gigantic new Transformer, which stands a whopping 24-inches-tall. 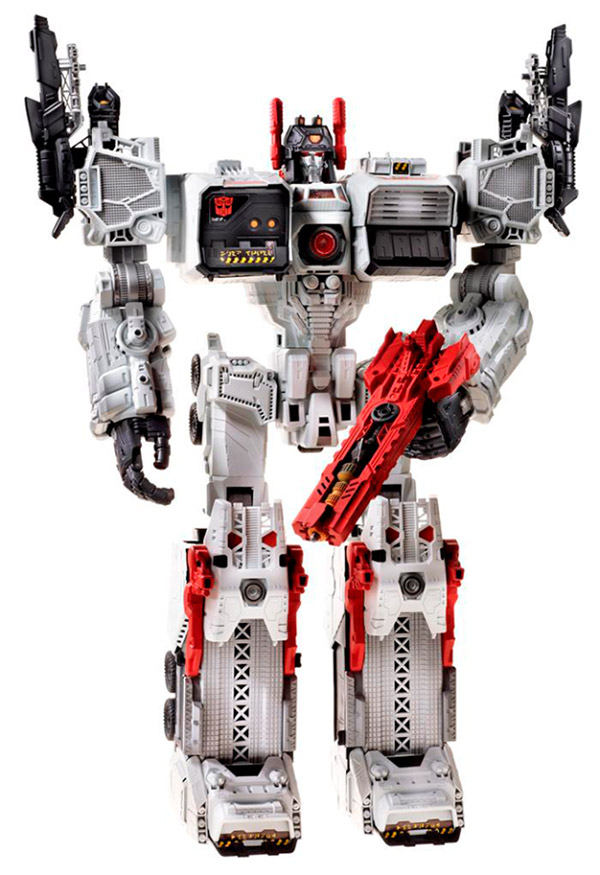 This bad boy is based on the Titan-class Metroplex, and can transform into two different configurations – a giant wheeled battle platform with helipad, and the Scramble City battle station. 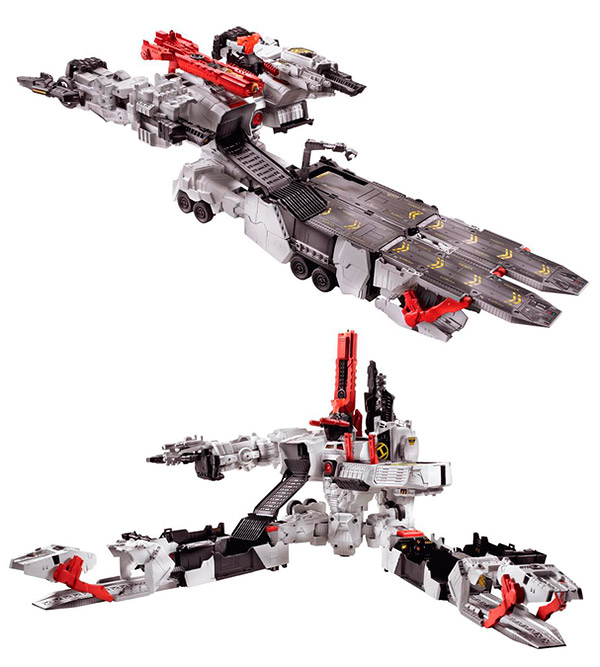 It’s loaded with cool features, including eyes that light up, a projectile launcher, sound and voice effects, and even articulating pupils in its eyes. I also love how his head converts into a turret. 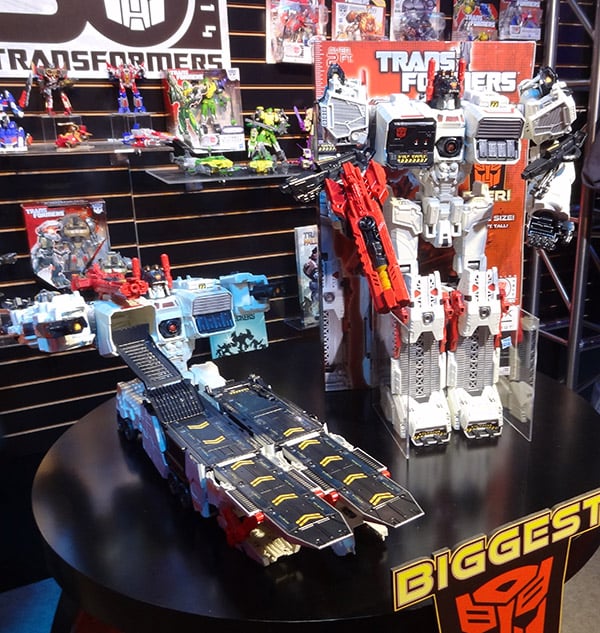 Hasbro expects to launch this gigantic Transformer this Fall as part of the 30 year anniversary of the franchise, and it will retail for$125(USD). So kids, start saving your pennies now. 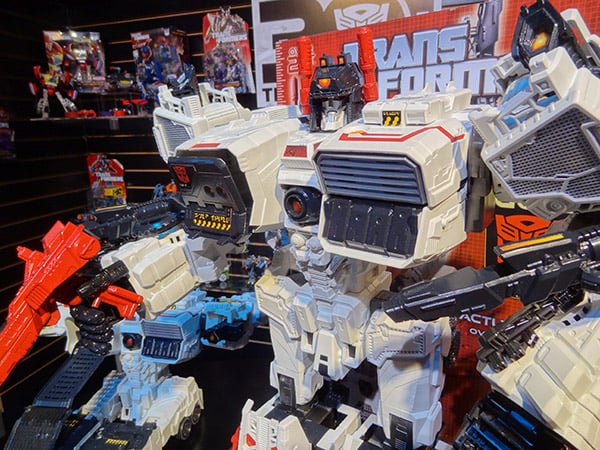 Funny thing is, while 2-feet-tall is the tallest official Transformers toy released, the actual Metroplex is estimated to be as much as 800-meters-tall (about the same height as the Burj Khalifa in Dubai) – if he actually existed, that is.