Ventura Sparc Sigma MGS Watch Looks Better than the Original, But You Still Can’t Afford It

This watch looks interesting, but I wasn’t surprised to learn that it was quite expensive. Apparently, fans of the Sparc MGS watch hounded Ventura to produced a newer and improved model, which is where the Sparc Sigma MGS watch comes in. 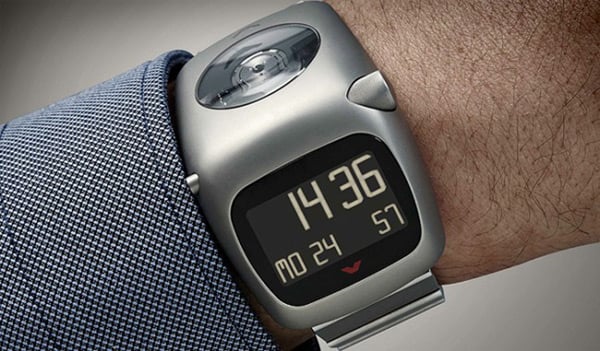 Compared to the original, the Sparc Sigma MGS watch has got a more curvy and organic design, which was created by Paolo Fancelli. The watch is still powered by a micro-generator system housed in a sapphire crystal case, and has a 12-digit LCD. There’s LED backlighting and Ventura’s iconic scroll wheel controller. It’s also got dual time zones, alarm, chronograph, timer, and a 100-year perpetual calendar which will surely outlive you. 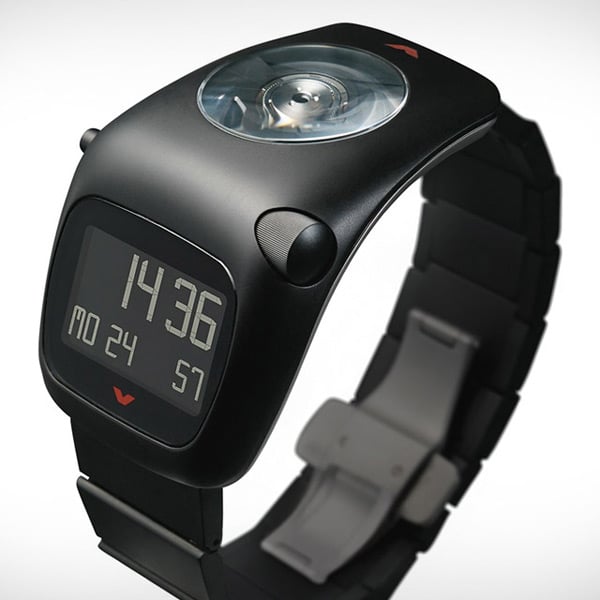