Digital photo editing is one of the most valuable – and fun! – skills to have these days. But not all of us can easily learn the right mix of tools, filters, tweaks and whatnot to get the result we want. If even the thought of using MS Paint causes your eyes to glaze over, you might be intrigued by PixelTone. It’s like Siri for Photoshop. 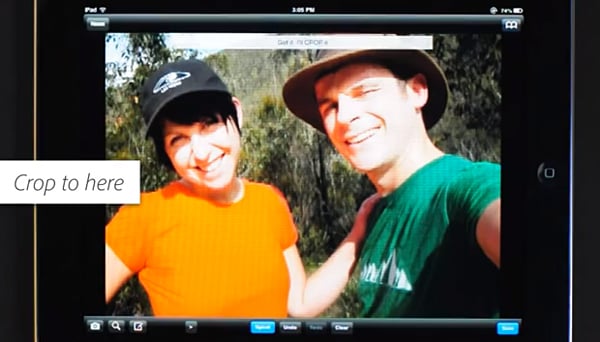 PixelTone is a prototype iPad app developed by folks from Adobe Research and the University of Michigan. Unlike Photoshop Touch – or any photo editing app for that matter – PixelTone was made to be operated using natural language commands and simple gesture controls. The user will still need to know certain terms like contrast, crop and saturation, but as you’ll see in the demo below even newbies like me can pull off a lot of tweaks on PixelTone that we may not be able to do on a normal photo editing program. You can even attach words to parts of the picture, such as identifying people or clothes.

There’s no word if the researchers will release a commercial version of PixelTone, but one thing’s for certain: they can make a mind-controlled Photoshop, but you can’t automate taste. Or tact. For more information on the projection, you can download a copy of the PixelTone research paper on Eytan Adar’s website.