Who Ordered the Dalek Pizza with Extra Extermination?

The Daleks are the most fearsome creatures that the universe has to offer. They must be since they keep “almost” destroying Earth, the universe and everything in it. The Doctor has known no stronger foe. And now, feast your eyes on the supreme Dalek with extra cheese. 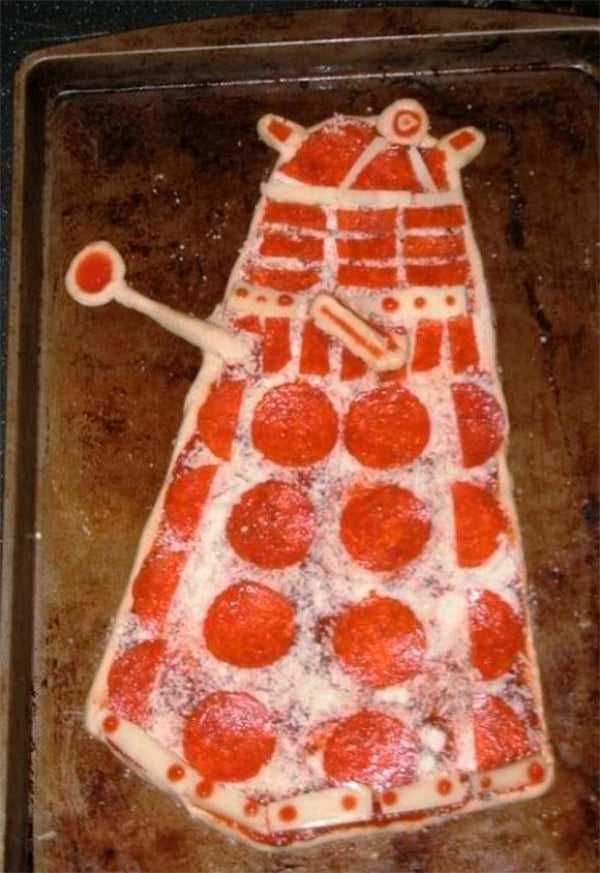 It was the best of times, it was the worst of times. It was during the great time war that the Doctor banished the Daleks from time itself. However, unbeknownst to him, one Dalek survived in the resulting chaos as an un-reality bubble landed in a pizzeria just as a baker was flinging some dough. The Daleks had their agent for their eventual return. The extreme supreme extra cheese, full-pepperoni Dalek was born.

If they can not kill us from without, they would kill us from within. Dalek pizzas were made. With heartburn searing human insides so intensely that humans turned to ash after two hours of digestion, they began their plan for domination (and a thriving pizza chain named Taste of Skaro). Their plan would have worked perfectly. If only that damned blue box hadn’t shown up to pick up an order. And that was the end of the great Dalek pizza master plan.