No, the robot invasion hasn’t begun. This six-legged robotic simulator is being used to train rugby players as a part of the management-transition training program at Thales. It is called the Thales Scrum Simulator. It was developed to analyze accidents in order to help avoid spinal cord injuries to players and now it is also used for coaching and match preparations. 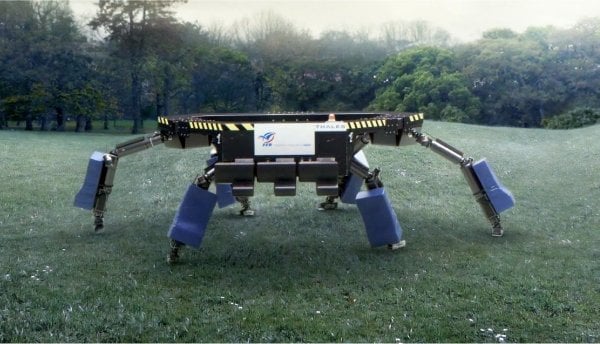 This beast uses a six-axis motion system which responds to the player’s strength input using sensors on the back side beam and shoulder pads. Each player has his own weaknesses and it adjusts the resulting pressure. The pre-programmed control then makes sure that the reaction is as real as possible which enhances the training, making it more real. 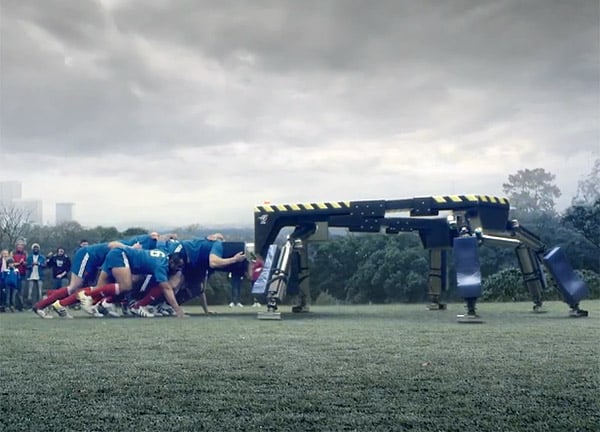 The coach can also control it with a joystick and apply pressure to any area he wants. Right now, As of now this crazy thing is a part of the French national rugby training center in Marcoussis, near Paris.

It may make Rugby players tougher for now, but what happens when it gains sentience? I don’t want to be anywhere near it when that happens.

[via Humanoides.fr via Damn Geeky]