Lab rats have it bad enough having to jump through hoops and perform in order to be studied, but now life just got worse for the furry rodents. Scientists at Japan’s Waseda University have created a robotic rat designed to terrorize their organic lab rats, inducing stress and depression so their reactions can be studied. 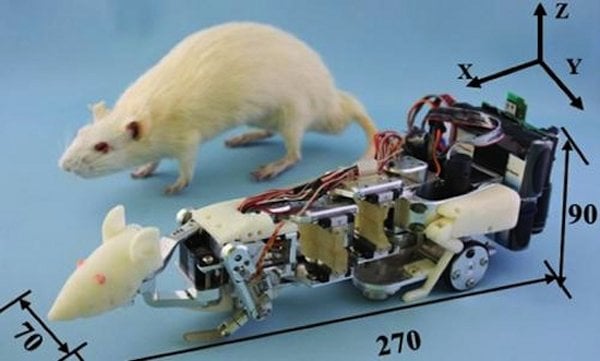 Scientists need to depress rats in order to do things like test drugs for depression. I guess it’s hard to make a rat depressed, but with a robot rat harassing them constantly, they will be sad sacks in no time. The robot can be programmed to chase or attack a rat, or can become its only source of food.

Talk about psychological torture. These rats will be really bummed out and soon they will fear robots just like us.

[via Gizmodo via IEEE Spectrum via Geekosystem]