I’ve seen wingsuits used in basejumping and skydiving, but I guess it makes sense to use something akin to those suits underwater, since some animals like ray fish use their “wings” to fly underwater. 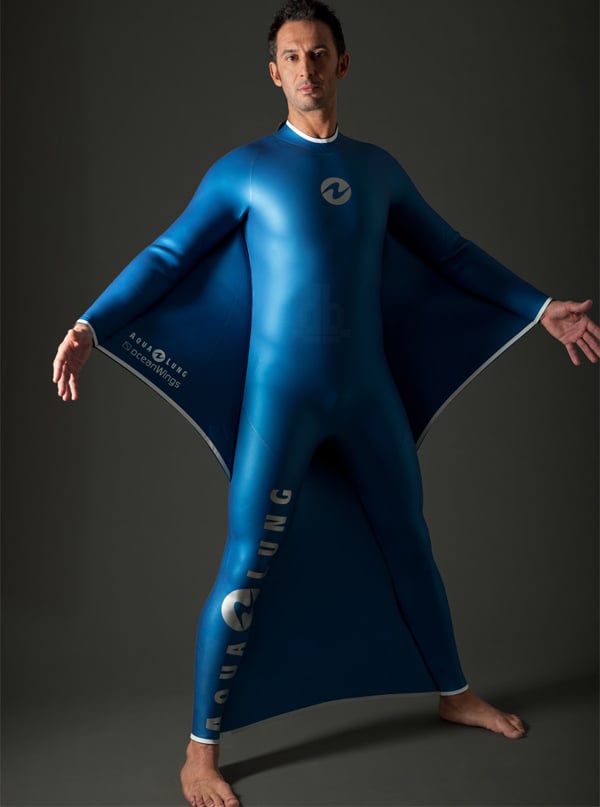 The Oceanwings neoprene suit from AquaLung Dreamlab is supposed to help humans in their subaquatic activities. The suit was created by French designer Guillaume Binard and Frédérique Gouin. It looks like the suit lets you sort of “fly” through the water without much energy expense, though it will probably take some time to get used to the way that it makes the water flow around your body. 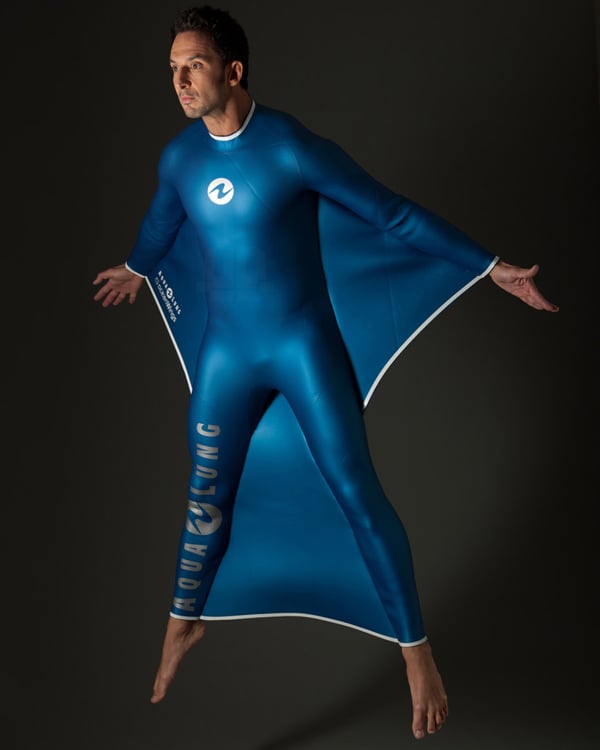 You can see the suit in action in this underwater video directed by Jérôme Espla, featuring Pierre Frolla as he dives into the abyss.