I’m sure many of you dream of owning an Arkeg – the arcade machine that has a built-in kegerator. The Beercade gaming cabinet made by advertising agency McKinney for Big Boss Brewing is a cruel version of the Arkeg. Its taps only open for the winner of its game, The Last Barfighter. 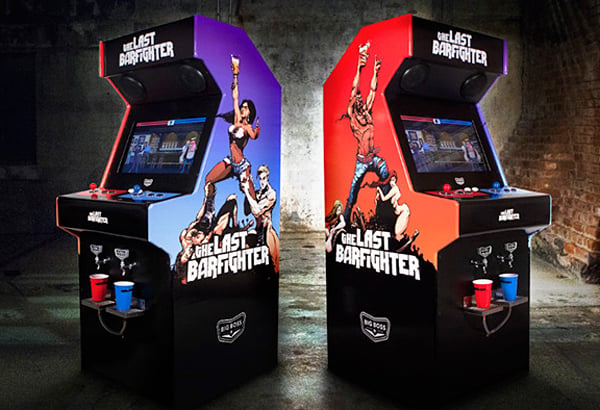 Sadly, the game doesn’t task players with piloting a ship and overcoming the onslaught of an alien armada. The Last Barfighter is a fighting game that seems to have button-mashable controls, which should help winners extend their streak despite the cumulative effects of their reward.

The pun is great and all, but I can’t help but think that a customizable version that could play other games would sell like crazy.

[via McKinney via DVICE]