PS4 Controller Leaked? Looks Like It’s Got a Touchscreen

An image has surfaced showing off what appears to be a prototype controller for the upcoming PlayStation 4 (aka “PlayStation Orbis) console. The photo shows a controller that looks largely like a Dual-Shock, but with the addition of a smooth area in the middle that could be a touchscreen of some sort. 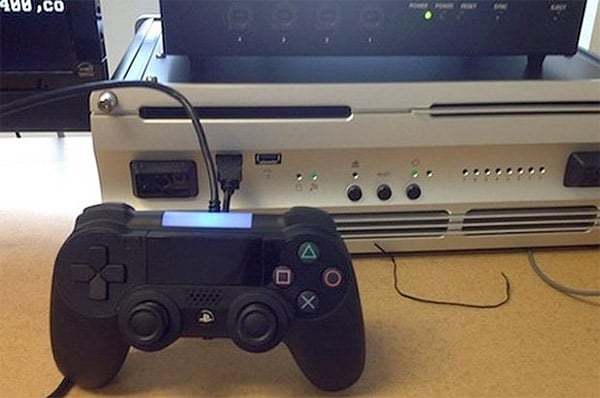 The controller is connected to a large metal box which could possibly be a PS4 dev kit, but that’s unconfirmed. The new controller also has an illuminated LED strip on the back edge, which I presume can change colors like the current PlayStation Move controllers can.

I’m hoping the smooth area on the controllers is actually an LCD or OLED screen of some sort, because it would be cool to be able to display things like inventory or remaining ammo on a controller without taking up all of the space of the bulky Wii U remote. It also looks like theres a perforated area below the touchpad which could be a speaker and/or a microphone. 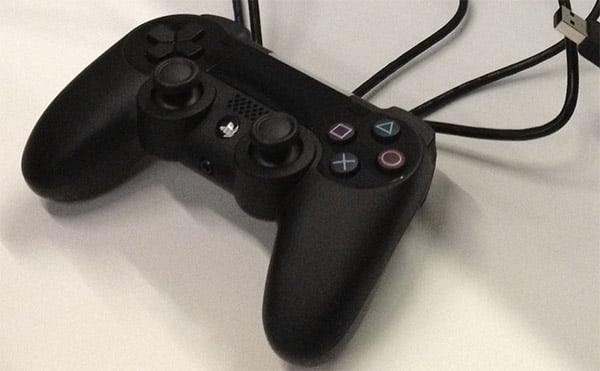 The best news about this is that it looks like Sony is sticking with a tried-and-true controller format, which makes hardcore gamers like myself happy. As much as I enjoy the occasional gesture-controlled game on my Kinect, Wii or Move, they’re not the main games I enjoy. We won’t have to wait very long to find out if this is the actual PS4 controller design, as Sony has their big PlayStation press conference scheduled for this coming Wednesday, Feb. 20th at 6pm Eastern.

[via Kotaku and GameTrailers]