Game of Thrones is one of my favorite shows on TV in years, but I’ve been trying to find ways to pass the time while waiting for the return of the show on March 31. I’m a gambler too, so I think a few hands of poker could be a good time-killer until the return of the Starks, Lannisters, Targaryens, Baratheons, and all of the other denizens of Westeros in about a month and a half. 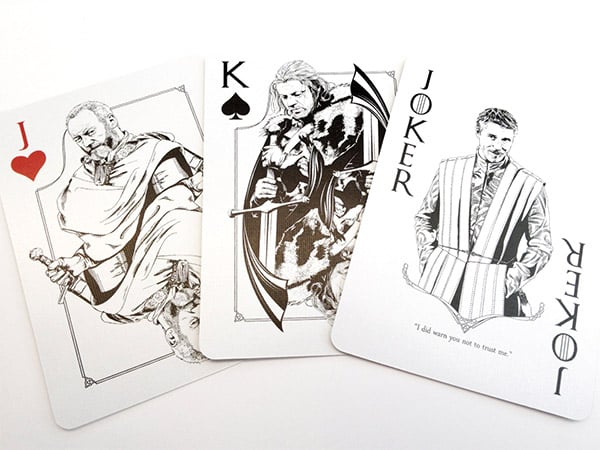 These hand-illustrated Game of Thrones playing cards were designed by artist Paul Nojima after getting the idea from a concept design he saw from artist Jim Tuckwell. While Tuckwell had only designed a handful of cards, while Nojima has actually produced an entire deck of cards. 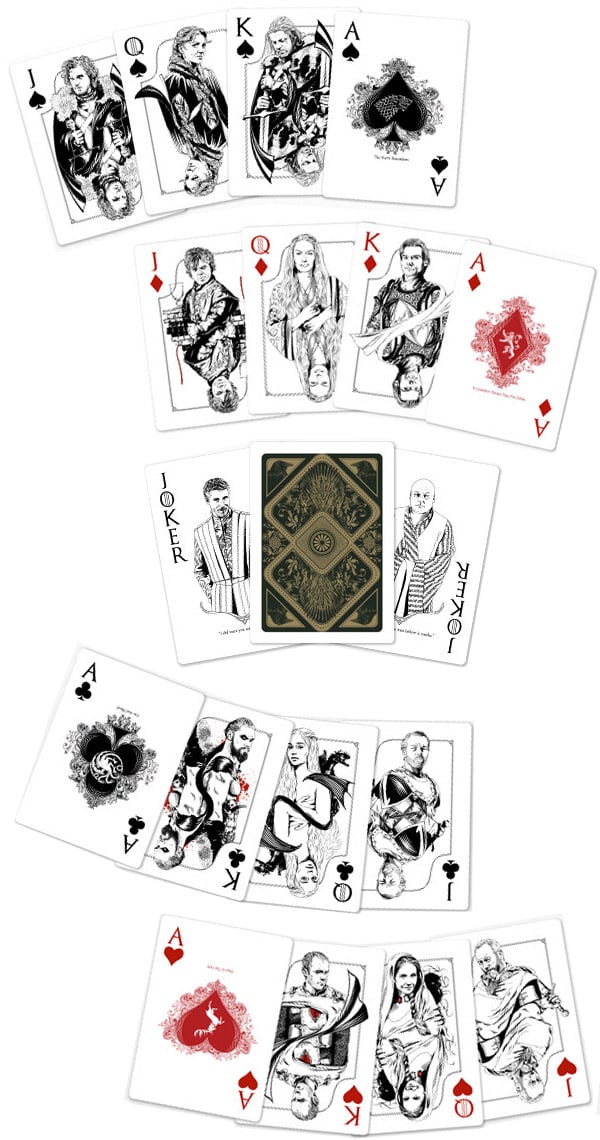 The deck is printed on high quality 310gsm card stock, and includes illustrations of all of your favorite (and most hated) characters on the face cards, and the Aces have been illustrated with sigils from four houses. I also love how the Jokers are Lord Baelish and Lord Varis – how perfect is that? 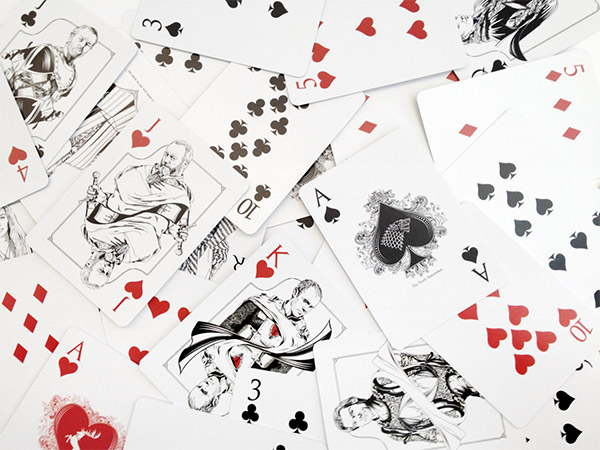 You can get your hands on a deck of these Game of Thrones cards over on Etsy for $20. They’re also available in an faux aged version, if you’re into that sort of thing. 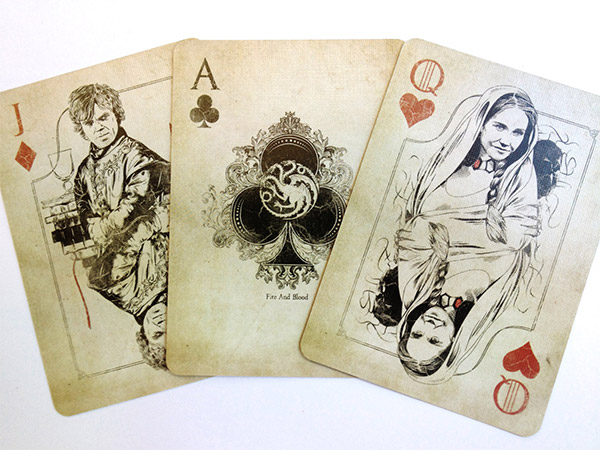