It’s long been said that the Chinese work really hard. Apparently, they don’t have time for traditional sleep like you or I either. So it would be ideal to be able to catch up on their rest during long train rides. But how do you manage that with those hard seats? Problem solved. The solution is called the Body Supporter sleeping rack. 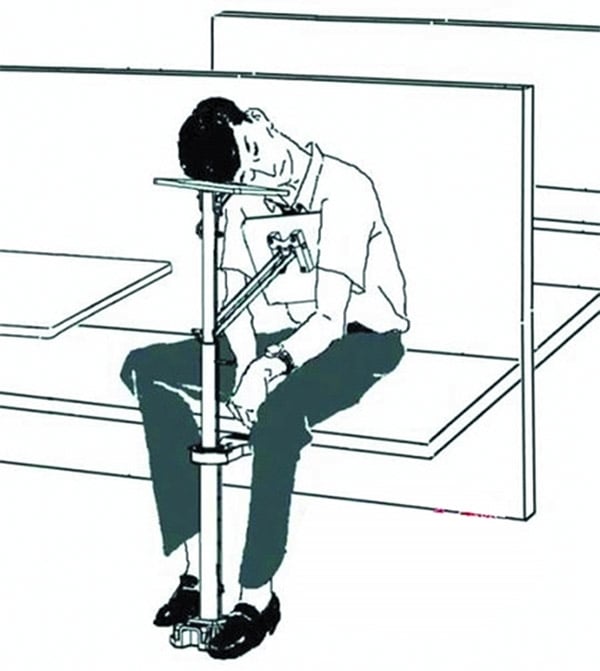 This odd contraption does exactly what the name says. It supports tired bodies. The Body Supporter is a metal stick with small platforms that support the head and chest. Their sales pitch even claims that “This device is just like sleeping on your front in your actual bed.” Yeah, right. 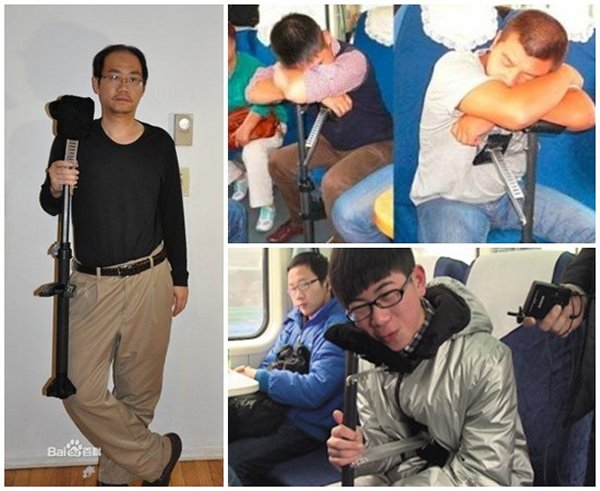 If that isn’t enough for the tired train traveler, you can also purchase traveler’s underwear with secret pockets for your valuables and portable urine bags that allow passengers to relieve themselves without giving up their seat. Forget getting up from your nap. Looks like these hard-working people have it made.

[via Bit Rebels via Neatorama]