Throne of Nerds: A Song of USB and QWERTY

The iron throne is made up of many many sharp swords, but what would a throne look like in a nerd kingdom? Well, it would probably look something like this Throne of Nerds, covered with keyboards everywhere. 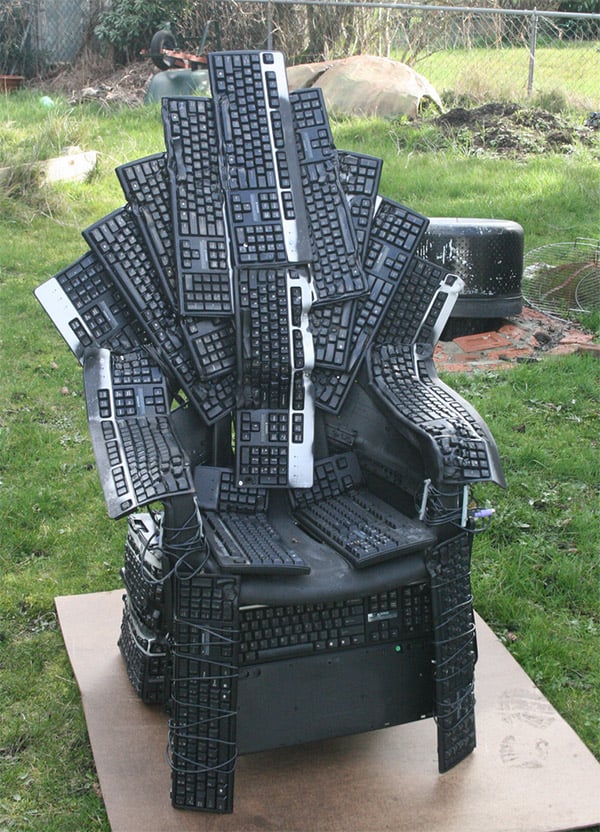 This throne will not cut those who sit upon it. If anything the keys will provide some minimal cushioning for your backside. It was made by Mike DeWolfe, a computer programmer from Canada. 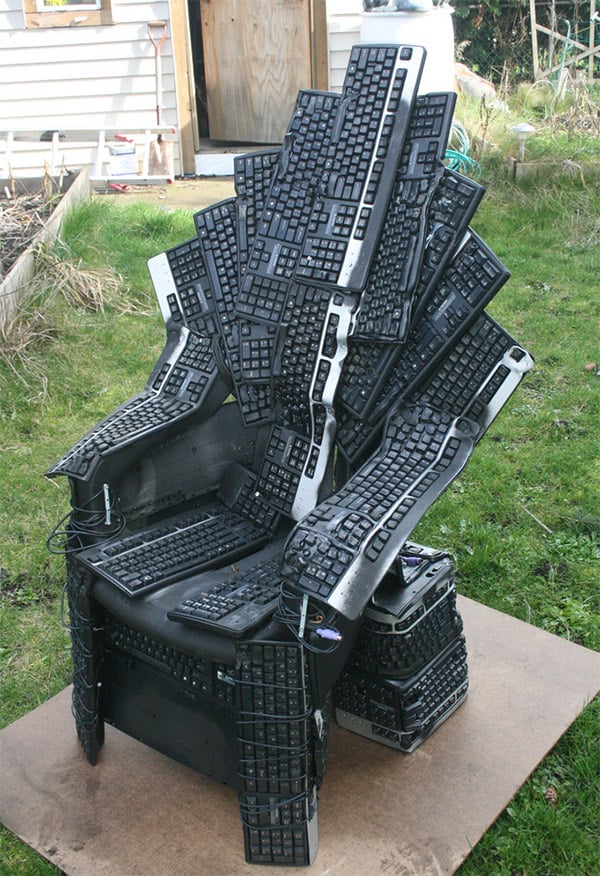 He warped the keyboards and even scorched almost all of the ESC keys to symbolize how impossible it can be escape suffering and blackness. Mike sounds like a cheery guy. I’m not living in his nerd kingdom. The only key that is left undamaged is the ESC key on the highest positioned keyboard. 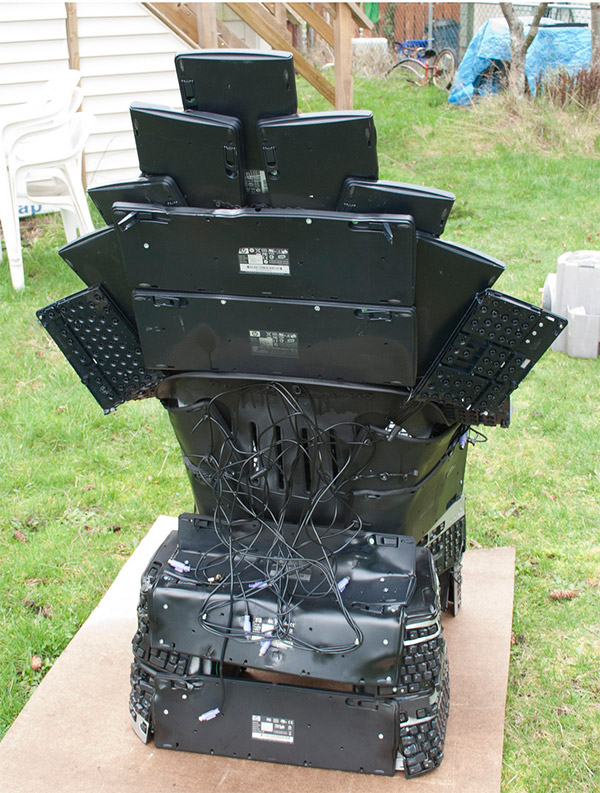 In back, the keyboard cables have been arranged like human hair that is roughly braided, but not really. It is a tangle. This shows how good plans and order can degenerate into chaos. Or it’s just a cool chair made out of old keyboards. You decide.

[via Ian Brooks via Neatorama]