One of the buried treasures at last week’s New York Toy Fair was this cool buggy I found hiding out in the Teenage Mutant Ninja Turtles booth. Basically, it’s like a mega buggy that can seat all four Ninja Turtles, but can also break off into individual cars. 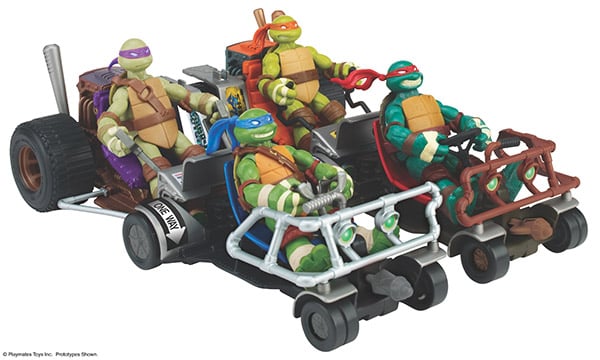 The Patrol Buggy line comes in individual rides for Leonardo, Donatello, Raphael and Michelangelo, and then they can snap together to form the giant   four-turtle mega buggy shown above. 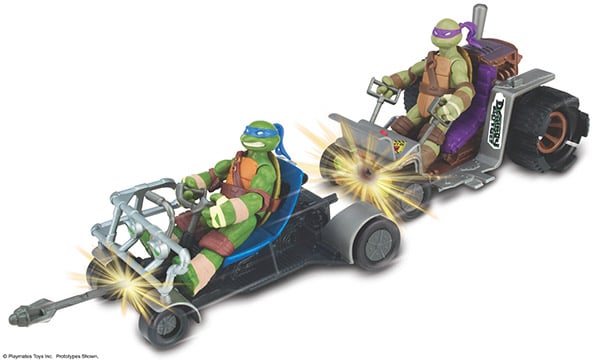 You can also connect two of the vehicles together and launch either Leo and his rocket grenade, or Raph and his road rash missile towards their foes.

The Teenage Mutant Ninja Turtles patrol buggies will sell for $19.99(USD) each when they arrive this August, and are compatible with standard TMNT action figures (each sold separately.)