As you all know, last Friday a massive meteor entered the atmosphere over the Chelyabinsk Region of Russia. The meteor was large enough that scientists believe significant chunks reached the surface of the Earth. The meteor also caused quite a fireball in the sky and several explosions that shattered glass and injured over 1000 citizens in the area. 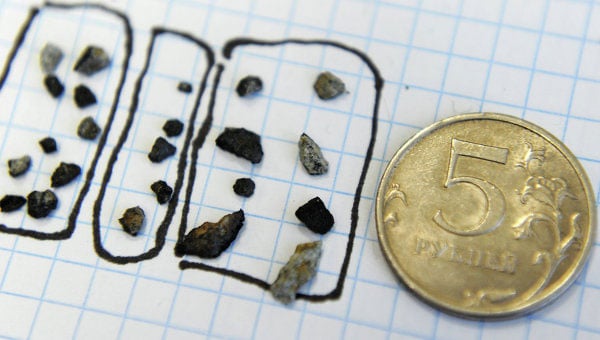 Russian police say that they will send the material to be analyzed to determine its composition and determine if it poses any health risks. Officials are asking people not to buy the meteorite fragments because they are being sold without permits or certification. Fragments have turned up online selling for 10,000 to 500,000 rubles (~$330 to $16,600 USD.)