Slave Leo: The Gender Swings Back

Back in 2011, Ryan of Mad Art Lab wrote a post publicly condemning the Slave Leia costume. He had a couple of good reasons, but he realized that he had gone overboard, which is why last week he revised his stance. If some men just want to watch the world burn, some women just want to wear a Slave Leia costume. It’s as simple as that. So he decided to join in on the fun too. 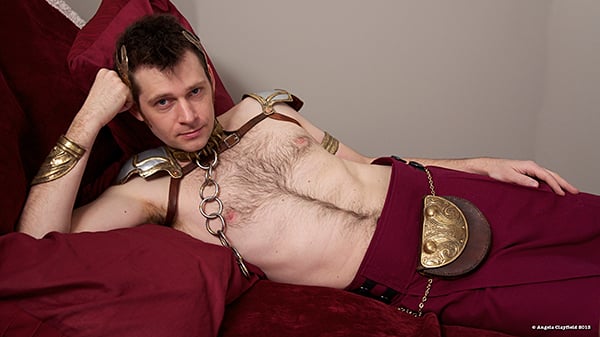 Mad. Swag. Ryan was also partly inspired by a group of girls who wore gender bent versions of Star Wars characters – they had a female Darth Vader, Han Solo and even a female Artoo. He also said that it was a chance for him to step outside of his comfort zone. Finally, Ryan took his concept as an opportunity to challenge himself artistically. He didn’t just buy a Slave Leia costume; he actually spent months making his own costume using cloth, metal and leather, and making adjustments here and there to come up with a male version of the famous outfit. 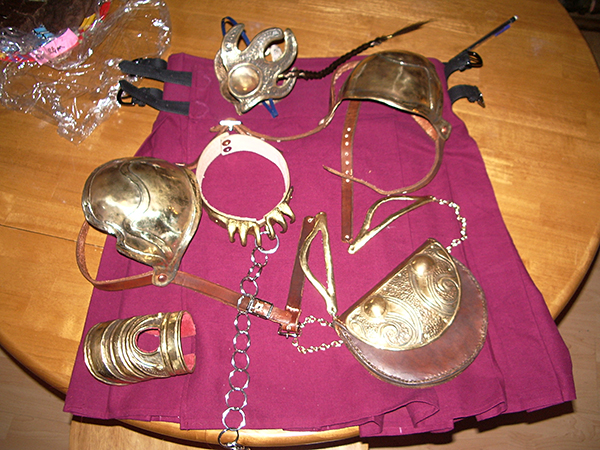 Ryan says he’ll be rockin’ Slave Leo at this year’s Dragoncon. I hope the convention’s got ample heating. You can check out more pictures of Ryan in his Slave Leo outfit on Mad Art Lab. You know you want to.