Boompack Boombox Backpack: Wear the Party on Your Back

We’ve featured a couple of designs for backpacks with speakers built in, but I have to say the latest concept design looks like the best of the bunch. 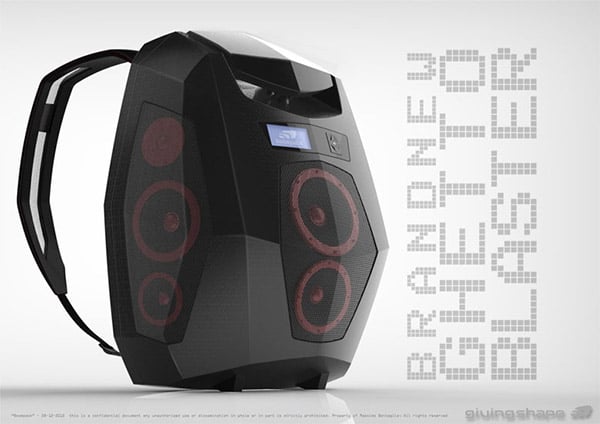 Designer Massimo Battaglia’s Boompack backpack not only has a boombox built in, but it includes a tiny projector too. Basically, this thing is a portable rave on your back. 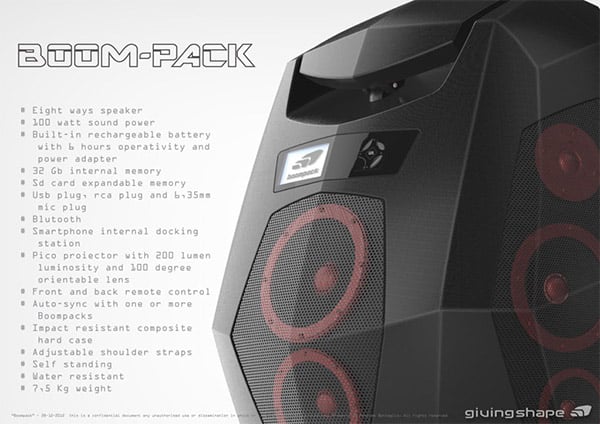 The design calls for 100-watts of power, with 8 speaker drivers, a built-in rechargeable battery – good for at least 6 hours, a 200-lumen pico projector, and Bluetooth wireless connectivity for your smartphone. The pack is also designed to be impact and water-resistant, and could stand on its own if you set it down on the ground or on a tabletop. 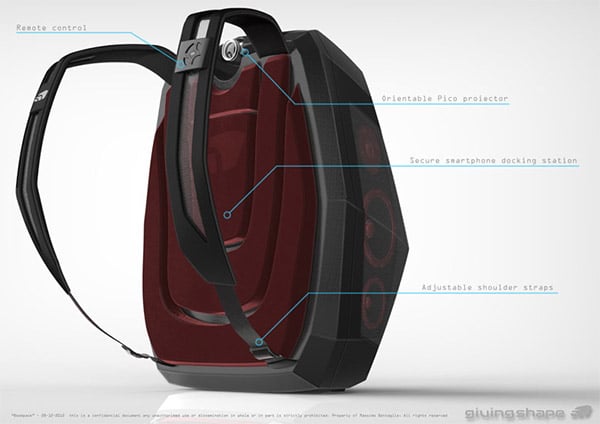 It’s even got a hidden compartment for docking your smartphone, as well as an SD card slot and USB port, as well as audio connections for external devices. 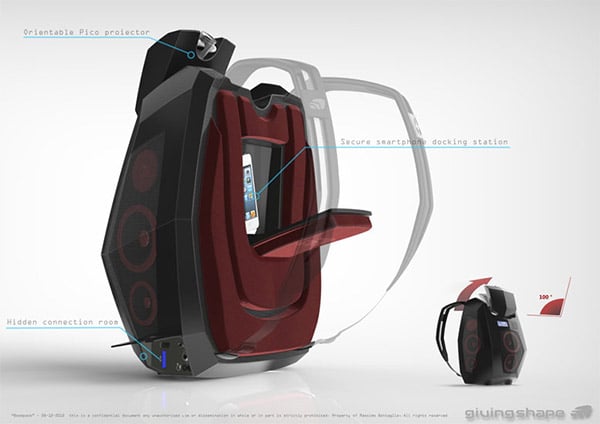 As is so often the case with these sort of things, the Boompack is merely a design concept at this point, and there’s no indication if or when it will be produced. 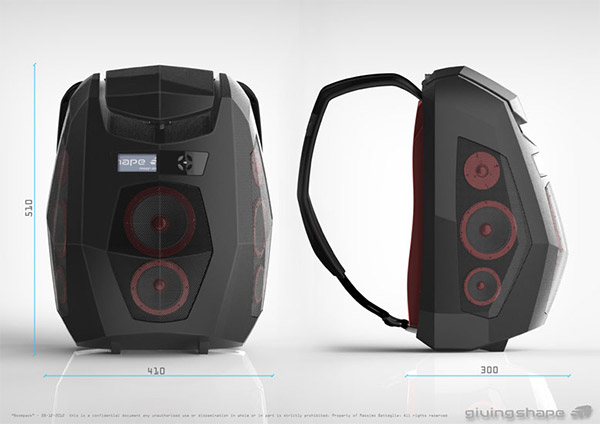