If you have ever wondered how LEGO bricks are made, they are made using injection molds like this one seen here. This one produced one hundred and twenty million bricks before it was retired. 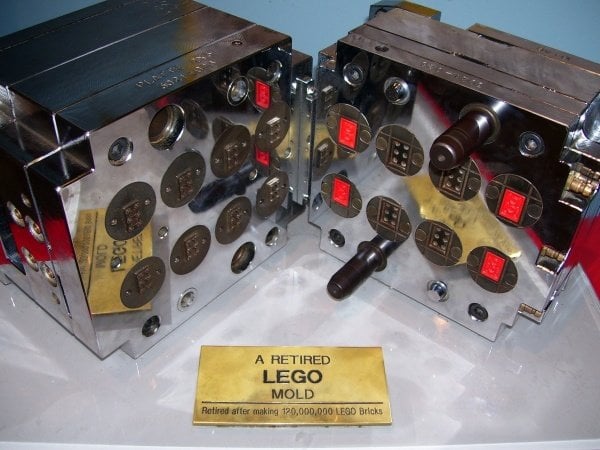 Think about it. This LEGO mold probably made some of the bricks that you played with as a kid(Or an adult), which gave you hours of joy. I think it has earned a nice retirement that has nothing to do with making bricks. I say let it relax in a LEGO hut on an island somewhere. A hut that is made by bricks made by other molds.

I’m sure geeks would pay a lot of money for this piece of LEGO history.