Rumors about the potential for an Apple iWatch continue to build, and adding fuel to the fire is a patent filing from Apple discovered by Apple Insider which shows off a curved, touchscreen display which could be worn on the wrist. 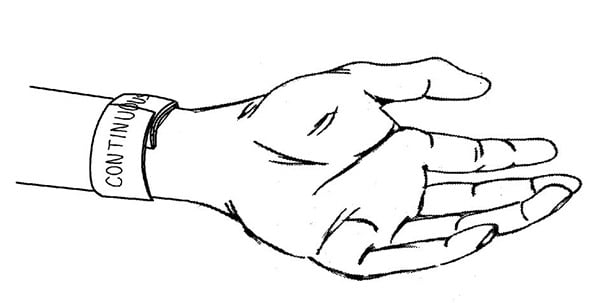 The U.S. Patent filing, originally submitted in August 2011, but updated as recently as today, starts off as follows:

…or in layperson’s terms – a watch with a flexible touchscreen and flexible electronics. 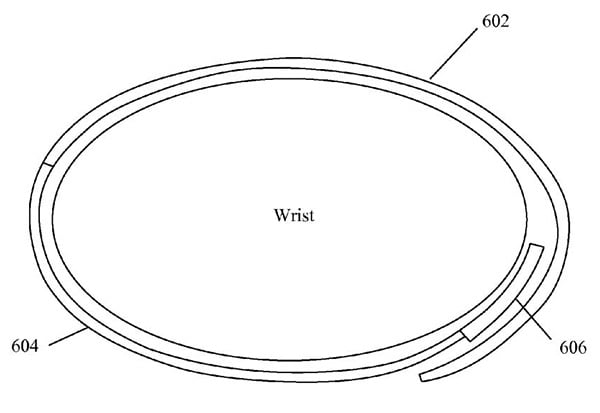 The design would wrap around its wearer’s wrist, and automatically adjust the display UI based on their wrist size – pretty slick stuff. The capacitive touch display would be wrapped around a “bi-stable spring substrate,” which would allow the watch to conform to its wearer’s wrist, much like a slap bracelet. In addition curved screen and bracelet, the patent describes the inclusion of an inertial orientation  sensor which would automatically reorient the display based on how the user is looking at it.

In order to keep the patent sufficiently broad, they don’t specify all of the potential use cases for the watch, but one example sounds like it could offer smartphone connectivity similar to that found in other smartwatches already on the market:

…the end user could respond to alerts sent from the portable electronic device and even direct the operations of the portable electronic device to an extent limited by the accessory device user interface. With a touch screen user input a user can accomplish a number of different tasks including adjusting the order of a current playlist, and reviewing a list of recent phone calls. A response to a current text message can even be managed given a simple virtual keyboard configuration across the face of the flexible display. 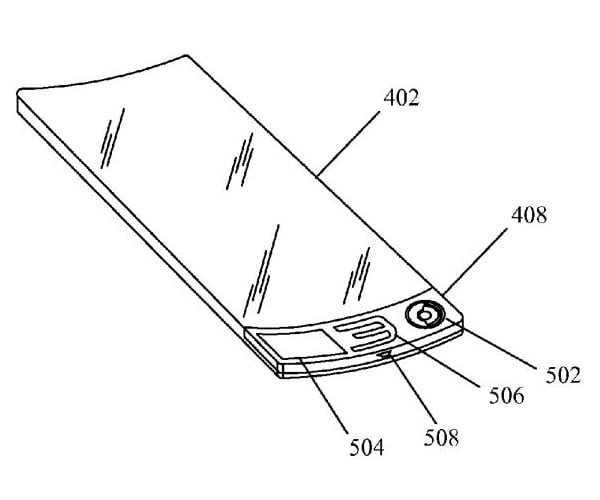 The patent also describes the potential for using a kinetic energy device as well as an ambient light energy collector to help keep its battery charged. It also envisions a possible configuration which would include bright edge-lighting for displaying alerts with increased peripheral visibility. They also hint that the device could support both 5GHz 802.11n Wi-Fi and/or Bluetooth connectivity, with Wi-Fi being used for content like video streaming, and Bluetooth for smaller data payloads.

While it’s always possible that Apple won’t bring any or all of these ideas to market, it clearly shows that there’s still innovative thinking going on within the walls at Apple, and that if they do release an iWatch, it won’t be like any other watch you’ve seen.

You can read the full patent application here.