Mercury May Have Once Had a Lava Ocean

Researchers have been poring over data captured by the NASA Messenger probe as it conducted its study of Mercury. Amongst the data the probe discovered about the incredibly hot and small planet, were some tidbits about the composition of the surface of Mercury that left scientists curious. While studying the data, the scientists discovered that Mercury is comprised of two considerably different types of rock. 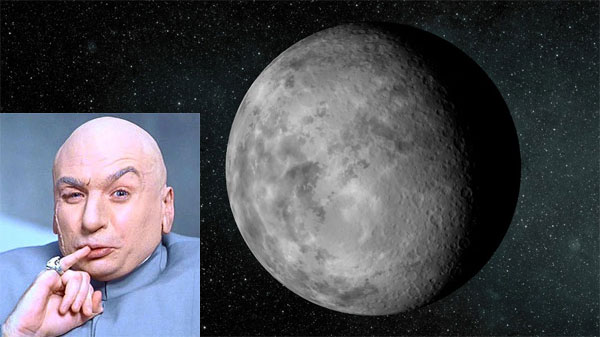 This discovery led MIT scientists to create an experiment in the lab to help identify a geological process that could have resulted in these two vastly different types of rock. The experiment subjected the rock types to different temperatures and pressures in an effort to simulate the processes that could have occurred on the surface of Mercury. The results of that experiment have led the scientists to believe that Mercury may have once had a massive ocean of piping hot magma on its surface that would have made Dr. Evil proud.

The scientists believe that the magma ocean existed sometime within the first 10 million years of Mercury’s existence, near the beginning of the formation of our solar system. The scientists estimate that the magma ocean would’ve existed over 4 billion years ago. Ancient Mercury sounds a lot like Mustafar, the planet where Anakin burst into flames on his path to becoming Darth Vader.