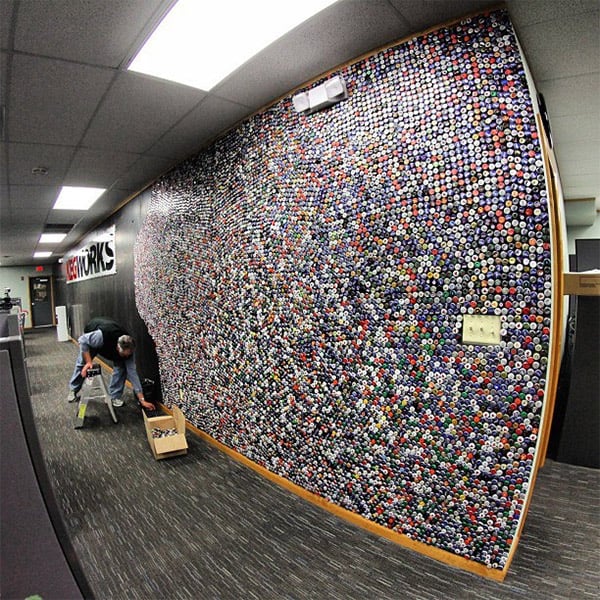 Well, the folks at Kegworks in Buffalo, New York did – with a little help from to friends and customers. It took them 60,000 caps to cover this 459 square feet of empty wall space that was desperately in need of some artwork. Even with numerous people working on the project, this was a massive undertaking. It took 43 employees about two months to complete the wall – though I’m sure this wasn’t the only thing they were working on that whole time.

Each cap had to be hand placed on the magnetic wall. What took them two months, you can watch in two minutes. Suckers. They did all of the work and we get to watch it in no time and enjoy a wall that booze built.