Love it or hate it, it looks like Twitter’s Vine has managed to attract a pretty solid following ever since its launch. Time will tell if it’ll become as big of a fixture in the social media sphere as Instagram, but for now, it’s sure getting a lot of attention – particularly because people like Dawn Siff are finding unusual and creative ways to use the platform. 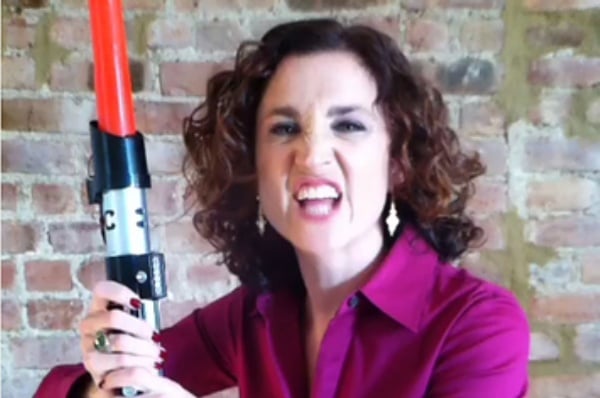 Dawn is a former political director for Fox News Radio and she’s looking for a new job. Instead of sending out a resume, she decided to post one on Vine. A lot of work went into creating her quirky six-second resume, which reportedly took four hours to shoot and caused the pre-mature destruction of two lightbulbs.

Check out her resume for yourself:

Siff says: “We might have done 10 or 12 takes and a few practice rounds. We had to get the lighting right. We experimented with putting the iPhone on a tripod.”

She hasn’t gotten any formal job offers yet, although I expect she will soon, since her Vine resume has gone viral and all.