Vulcan in the Lead to Become the Name One of Pluto’s Moons, Spock Approves

Pluto may not be an official planet any more, but that hasn’t stopped space geeks from being excited over the recent discovery of several new moons orbiting the former planet. As for the discovery of the new moons, scientists reached out to space fans to ask them to help pick a name for the moons. William Shatner of Star Trek fame suggested Vulcan, after the homeland of his friend and Science Officer, Spock. 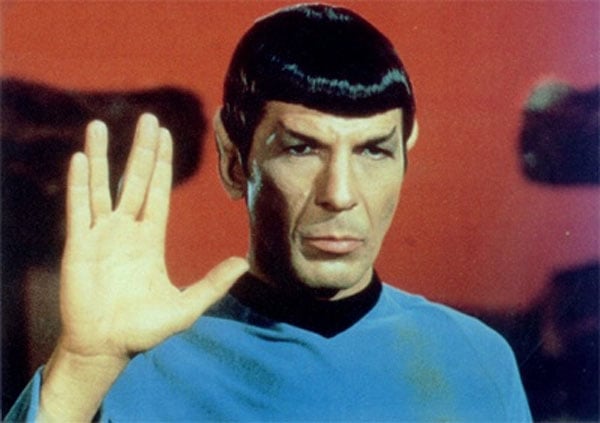 Vulcan is one of 21 names in the running in an online poll organized by the SETI Institute, where a team of astronomers discovered the moons. Vulcan was by far the most popular name receiving more than 170,000 votes out of the 450,000+ which have been cast. 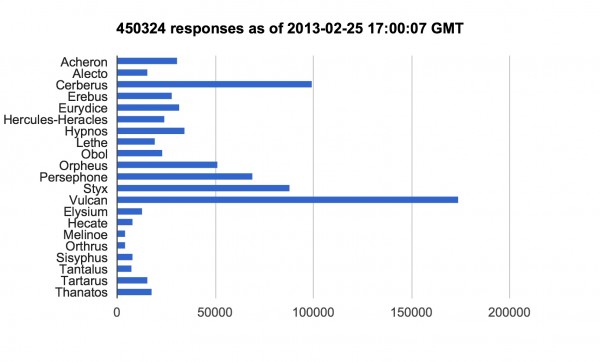 The moons the astronomers are trying to name were previously known as P4 and P5. The moons are very small and only 15 to 20 miles wide. P4 was discovered in 2011 and P5 was discovered in 2012. The three other moons of Pluto are called Charon, Nix, and Hydra. Voting for the name of the moons ended earlier today, and now the names are in the hands of the International Astronomical Union for final consideration.